In an interview, Mr. Toussaint said that his father sent him to military school to help him avoid jail or worse, and that he has been pulled out of his car at gunpoint by police “because they are afraid of the color of my skin.”

He hoped to awaken students oblivious to such realities. “I’m a young Black male on a platform with two million people,” Mr. Toussaint said. “I’m out there to rep for my people, myself and my last name.”

Ms. Cotter, the Peloton executive, said the company applauded Ms. Oyeneyin and Mr. Toussaint’s self-expression. “We’re always considering it as part of our content strategy to create conversations,” she said. Instructors are generally expected to avoid political topics while teaching their classes, but the Black Lives Matter movement is different, she said. “We see this as a human rights issue. Those are not the same for us, politics and civil rights.”

The popular chain SoulCycle had marked Black History Month in February by sharing images and stories from Black studio managers and instructors. A few days after Mr. Floyd was killed, the company, like so many others, posted acknowledgment of anguish around the country, concluding, “#BlackLivesMatter today, every day, always.”

But to some customers, such messaging from the company, which has nearly 100 studios in three countries (but has lagged behind Peloton in marketing a home bike), rang hollow. Many were outraged last summer when Stephen Ross, the chairman of the Related Companies, whose principals own majority stakes in SoulCycle and the fitness club chain Equinox, hosted a high-priced fund-raiser for President Trump, whose administration ordered the tear-gassing of protesters, at Mr. Ross’s home in Southampton, N.Y. One typical comment on the Black Lives Matter post read: “SOULCYCLE IS PART OF THE PROBLEM STOP FUNDING TRUMP.”

The company, which in March introduced an at-home bike for riders that costs $2,500, also organized a series of free Zoom workouts, requesting that attendees donate to various charities combating racial inequality.

‘The closest thing medicine gets to war’: 24 hours inside a San Antonio ambulance

Sun Jul 26 , 2020
The fluorescent lights in the back of the ambulance glare above paramedic George Lombardo as he leans over to check his patient’s breathing, steadying himself as the vehicle races at 65 mph down the empty highway. The man is dying from COVID-19. A machine pumps oxygen into his lungs through […] 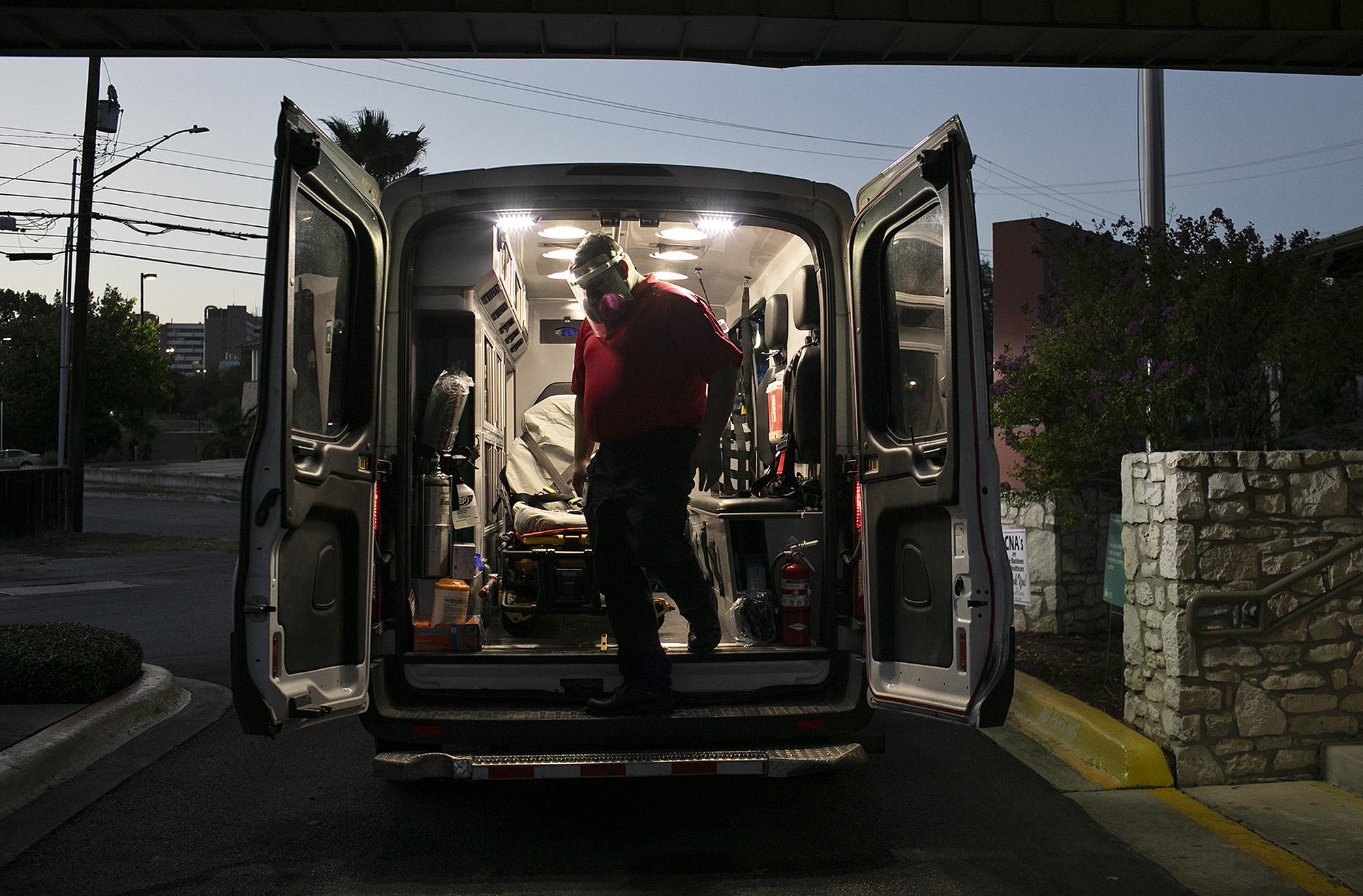