Although Maryland Superintendent of Schools Karen Salmon did not provide any specific guidelines for the high school fall sports season during Wednesday’s press conference, Baltimore County Public Schools on Tuesday night proposed in its draft reopening plan postponing the start of the athletic season.

BCPS Coordinator of Athletics Michael Sye confirmed the decision to postpone the fall season in an email obtained by Baltimore Sun Media to its athletic directors Wednesday. The county Board of Education on Tuesday proposed a delay to return to school buildings until the semester ends Jan. 29, and in its reopening plan it writes the postponing of the athletics season “while instruction is virtual and until it is safe to conduct all the various facets of organized team sports.”

The fall sports season was set to begin with tryouts on Aug. 12. Sports played in the fall season under the Maryland Public Secondary Schools Athletic Association are field hockey, football, volleyball, boys and girls cross country, boys and girls soccer, and golf.

Montgomery County, the largest school district in the state with 25 high schools, went a step further and canceled the fall and winter sports seasons on Tuesday as it will conduct online-only learning through at least Jan. 29.

Baltimore City and Anne Arundel, Howard, Harford and Prince George’s counties also all have voted to begin the academic year in a virtual setting, though none have announced a county-specific plan for high school sports. Carroll County Public Schools is still finalizing its plan for the coming academic year.

“At this time, there has been no decision regarding the remainder of the 2020-21 athletic seasons,” Sye wrote in the email. “We continue to work with system leadership and county health department medical experts to determine the best plan to provide interscholastic athletic opportunities in a manner that places the highest regard on student and staff safety.”

Upon hearing the proposed plan, Randallstown boys basketball coach Kevin English is now hoping some basketball can be played if students return to school at the end of January. He did note, however, that while it’s a tough call, “I think it’s the right thing to do.”

“You hate to see kids lose their whole senior season and this is potentially one of my best teams we’ve had in a few years, so I was definitely excited about this group. Hopefully, they’ll let us get in a condensed season and then get to the playoffs and championships,” English said.

Perry Hall boys soccer coach Pete Eibner is adamant the decision should come down to the individual, saying “I believe if they are willing to take risk in playing, that they should be able to sign a waiver and play.”

“These are years that these kids can’t get back. They have four years to play high school sports and then it’s gone,” he added.

As for balancing the risk and reward, Eibner said: “I believe people have the right to make their personal decisions. And if a parent is accepting of the possible risk of a child getting COVID, in which case they can bring it home to a family member, if they’re willing to accept that risk than I think they should be able to make that decision. I think that decision should be made not by any entity, but rather by the individuals that are participating. I believe in that personal freedom.”

Owings Mills wrestling coach Ryan Mackin thought the decision by Baltimore County to postpone until late January “seems a little premature” but he, too, is holding out hope for the possibility of a condensed season.

“I’m just kind of crushed for the wrestlers, and it’s not just mine. It’s something that affects everybody. The first thoughts I have, of course, are some of my seniors, and even other seniors,” he said. “… They deserve the opportunity to win a state championship and now it looks like that might not be happening.”

Mike Whisner, the longtime wrestling coach at Sparrows Point, said he was “very sad to hear about the decision.”

“I have been a teacher and a coach for 18 years. Student athletes look forward to competing in and out of the classroom,” he said. “I hope things improve so we can have some kind of season.”

Some fall sports coaches are already working to find alternative ways to get kids on the field. Hereford girls soccer coach Brad Duvall is already working with other area coaches on a contingency plan.

“I’m already talking to the other county coaches — especially in soccer — to have plans to try and set up a high school rec league, so that we can find a way do it through the rec council system to give these kids something this fall,” he said.

“The kids are terribly disheartened about it, the parents are upset and we understand that there’s a problem. But the reality is rec leagues are playing, clubs are playing now. Camps are happening,” Duvall added. “There was a camp at Hereford High School, a basketball camp that lasted three weeks with 40 or 50 kids in the gym. These are things that are happening, currently. And if that’s allowed to happen, I don’t see why high school sports can’t.”

Glenn Graham contributed to this story.

Visit The Baltimore Sun at www.baltimoresun.com

Wed Jul 22 , 2020
SEATTLE, WA — The University of Washington is scaling back plans to hold small, in-person courses this fall quarter, citing an “alarming increase” in COVID-19 cases seen in Washington and much of the United States. In late June, UW unveiled plans that would allow for courses with 50 or fewer […] 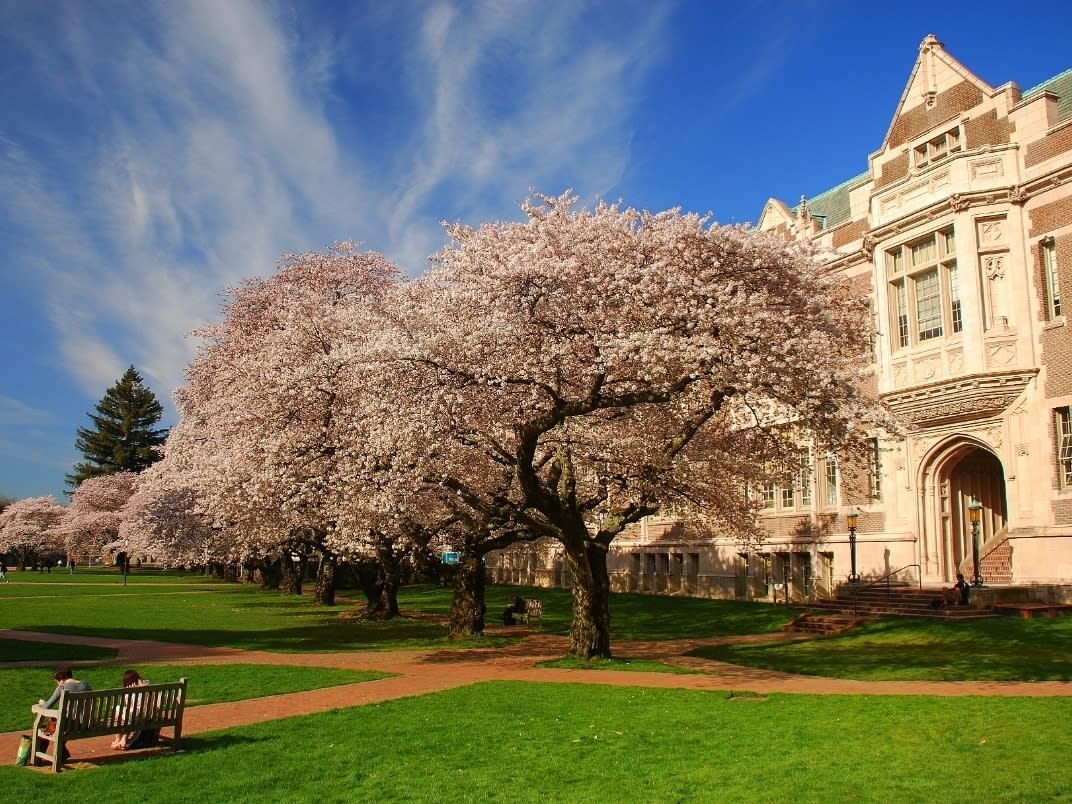