When the Reddit user TheYellowRose joined the platform in 2012, she was simply looking to “pursue memes.” But the now 30-year-old health inspector, who spoke on the condition of anonymity because of safety and privacy concerns, quickly learned that as a Black woman, her experience on Reddit would not be as simple as posting and browsing entertaining content.

“You start to see that the site is super racist,” she told Insider. “Like, you just can’t be openly Black in a lot of spaces on Reddit.”

The Redditor Fried_Green_Potatoes, who publicly goes by Martina X, had a similar experience when she began posting on the platform.

“On Reddit, when you’re supposed to be anonymous, that emboldens people to be awful — even worse than they would be in public,” she told Insider. “Online, they reveal their true selves.”

Her posts, she added, were frequently “downvoted into oblivion” and removed, and she was inundated with racist messages containing slurs and offensive imagery, such as photos depicting Black people eating watermelon.

Reddit has long been regarded as a free-speech haven that allows for the spread of racist content. In 2015, The Southern Poverty Law Center classified Reddit as a source of “the most violently racist internet content.” The Verge reported that in 2018, CEO Steve Huffman commented on a post that asked about “open racism” and “slurs” on the platform, noting that they were not against the rules. The following year, however, Reddit implemented a change to its content policy, specifically banning “harassment” and “bullying.”

Despite the 2019 policy change, marginalized groups continue to face a barrage of hate speech. According to several moderators of popular Black-designated subreddits, Black Redditors have faced harassment, marginalization, and what some described as “radio silence” from Reddit administrators in response to their concerns — and they had to develop their own safeguards on the platform.

However, amid nationwide protests and online activism in the wake of the killing of George Floyd in police custody, Reddit has been forced to confront its history of allowing discriminatory ideology to flourish. On June 29, following an open letter signed by hundreds of subreddits and weeks of discussions with moderators, Reddit released a new content policy addressing racism and hate speech on the site — and moderators appear cautiously optimistic about the platform’s future.

The Black community on the site has been built, subreddit by subreddit, by users seeking memes, culture, and respite from racist posts.

In an attempt to find solidarity on the platform, TheYellowRose joined the subreddit r/blackgirls, a space that describes itself as “a safe community” for Black women. But the reality of the subreddit, she said, did not meet that description.

“We were constantly getting trolled by racists,” she said. “We would post pictures about looking cute, like our hair and stuff, and then people would come and tell us that we are hideous, that we look like monkeys.”

In response, she and several other Redditors who hoped to crack down on racist content started another community, r/blackladies, a subreddit that describes itself as “the face of Black women on Reddit.” Eight years after its founding, r/blackladies has become one of the most popular Black-designated spaces on the platform, boasting nearly 50,000 members.

A year after r/blackladies’ creation, r/blackfellas was founded as a space for Black men to find community on the platform.

Evan Auguste, a doctoral candidate in clinical psychology who became a moderator of the subreddit in 2015, said he was drawn to the community because it spoke to his experience and interests.

The subreddit has proved to be a space for women as well. Martina X, who has been a moderator of r/blackfellas for the past five months, said women frequently “step up” to support men in the community and participate in discussions.

The causal discussion threads, humor, and culture of “black excellence,” she said, appeal to her.

Redditor and podcaster Jefferson Kelley was similarly drawn to r/BlackPeopleTwitter, a community dedicated to posting “hilarious or insightful content” from Black social-media users, for its wide variety of content.

“It really spoke to the Black experience. Just the kinds of things that we see in day-to-day life. It’s not all politically based,” he told Insider.

Some Reddit communities take more of an activist approach, allowing other Black-designated spaces to remain focused on fostering community and celebrating culture. R/BlackLivesMatter, which TheYellowRose founded with several other Redditors, was created to direct the outrage in the wake of the 2014 shooting of 18-year-old Michael Brown to a productive space.

“We saw that it was going to be a big deal, and we didn’t want all of that traffic to drown out the usual content in r/blackladies,” she said of Brown’s death. “Because in creating a safe space for Black women, sometimes people also need a break. So it’s nice to compartmentalize all that content into a different place.”

In the almost six years since its founding, the subreddit has grown to a 78,000-member community featuring a variety of content, from art to news to activism resources.

Despite moderators’ best efforts, Black communities on the platform are not safe spaces

Creating Black-designated spaces on Reddit did not insulate Black users from rampant racism on the platform.

“Reddit is so racist that we need our own spaces, and even then it’s not safe,” Martina X explained.

Black-designated subreddits often faced brigading (coordinated attacks from members of another subreddit), and some moderators tired of the constant harassment and infiltration of their communities. In fact, TheYellowRose said most of the Redditors she originally collaborated with have left the platform.

“This website is hostile to Black people, period,” she said. “They couldn’t do it anymore.”

Martina X said she contacted Reddit administrators about racist content and hate mail she received in response to her own posts (her tormentors would frequently call her the “N-word”) to no avail.

“It was radio silence,” she recalled, adding that the only time she’d been contacted by an administrator was when her content was reported by “someone fragile.”

Moderators from r/BlackPeopleTwitter weathered onslaughts of racist posts and private messages — until they decided to implement a feature they call “country-club mode.”

Under the new rules in “country-club mode,” posts are publicly available, but only Redditors verified by moderators can comment on them.

“The platform is especially susceptible to this hate and racism because of the anonymity,” Kelley said. Verifying acceptable users, he believes, adds a layer of accountability.

The r/blackfellas subreddit ultimately addressed the issue of hostile users by making the decision to go private, limiting content to verified Redditors with a documented history of “good-faith participation.”

The decision, August explained, was made with the intention of preserving the integrity of the community. It also relieved the moderators of the arduous task of combing through abusive comments and banning offending users.

“This is a Black space, meaning it validates the experiential reality and interests of Black people, as varied and multifaceted (and sometimes contradictory) as that might be,” he said.

In June, Redditors pressed for more accountability from the platform

After the May 25 killing of Floyd — and the resulting national outcry — Reddit witnessed a surge in user investment in the Black Lives Matter movement.

Some community members, Auguste noted, flocked to r/blackfellas to process Floyd’s death by either discussing their experiences with racism or immersing themselves in more escapist content.

“I would say this happens every time we have a mass racial trauma,” he said. “You’ll see people run to the subreddit to find safe space to just talk.”

Martina X added that the tone of content changed in June, describing subreddit members as “hurt and depressed” and their posts as more “fatalistic.”

“It felt like a collective grief and hopelessness and despair,” she said.

The response on r/BlackPeopleTwitter, Kelley said, suggested that community members wouldn’t allow the conversation around Floyd’s death to be “another one of those things that just lasts for a weekend.”

Some content addressed structural racism and unsatisfactory corporate responses to Black Lives Matter activism. Kelley recalled one post that read, “You changed the logo on the syrup bottles, but what about the police that are still killing us,” a nod to PepsiCo’s removal of the Aunt Jemima name and logo from its products. Other posts, he said, have come from community members attempting to organize and support protesters.

Membership and the number of posts in r/BlackLivesMatter have both increased in the wake of Floyd’s death. Reddit confirmed that posts in the subreddit increased sevenfold after May 24 compared with the week prior. The influx of content, TheYellowRose said, has been a mix of political discussion, activism, photos, and racist comments.

On June 1, Reddit CEO Huffman penned a blog post for Reddit employees voicing his support for the Black Lives Matter movement — a move that some moderators saw as hypocritical and insufficient given the platform’s history.

In response, the Redditor DubTeeDub, a moderator of the r/AgainstHateSubreddits forum, drafted an open letter to Huffman demanding that the platform act on its stated support for Black lives.

The letter called on leadership to implement a sitewide policy against racism and hate speech, ban “hate communities” and “hate users,” hire women and minorities in leadership roles, recruit more community managers to “to build positive relations” with moderators, and honor Reddit cofounder Alexis Ohanian’s wish to have his board seat filled by a Black candidate.

Over 800 subreddits signed the letter.

The platform’s response to the message was swift. Reddit executives and staff hosted Zoom calls with moderators of Black and ally communities to discuss racism on the platform and possible policy changes.

On June 29, Huffman released the platform’s new content policy, which explicitly bans communities and users that promote hate based on identity or vulnerability — and in accordance with the new policy, the platform banned over 2,000 subreddits. Huffman also posted a thread detailing the Zoom breakout conversations that informed the new rules — likely the site’s largest policy change to date.

While some community members in Black-designated subreddits have expressed doubts — with many feeling that the policy is “too little, too late” or “an empty gesture,” moderators see the changes as a step in the right direction.

While TheYellowRose has some concerns with the wording of the new policy — she worries that using the term “vulnerable groups” will allow for loopholes — she said she was “optimistic” about Reddit’s future, pointing to the speed at which Reddit reacted.

Martina X hopes to see the banning of more subreddits in the future but felt that the transparency was “part of a good, positive first step.”

Kelley also called the changes a “step in the right direction” — and he has plans to make his own positive changes to the platform.

“It looks like they really listened to and considered the things we said in our Zoom meeting,” he said. “From what I saw, we weren’t just being paid lip service by the admins and Steve.”

Moving forward, Kelley plans to reclaim and moderate a recently banned subreddit, r/BlackFathers — a space that once promoted the racist trope of the “absent Black father.” On a recent call with an admin, he said, he was told he would have the opportunity to turn the group into a productive space for fathers.

“I’m really looking forward to the opportunity of being able to actually take this space,” he said. “This is a unique position to be in — so there’s a lot of positive movement there.

Reddit, YouTube, and Twitch are taking major steps to crack down on hate speech from pro-Trump and far-right groups

Reddit just banned r/The_Donald, the largest pro-Trump subreddit, as it cracks down on hate speech and targeting

Thu Jul 23 , 2020
For the first time in over a decade, former heavyweight champion Mike Tyson will return to boxing. According to Yahoo Sports’ Kevin Iole, Tyson, 54, will fight another former great Roy Jones Jr. in an eight-round exibition match on Sept. 12. The competition will take place at Dignity Health Sports Park […] 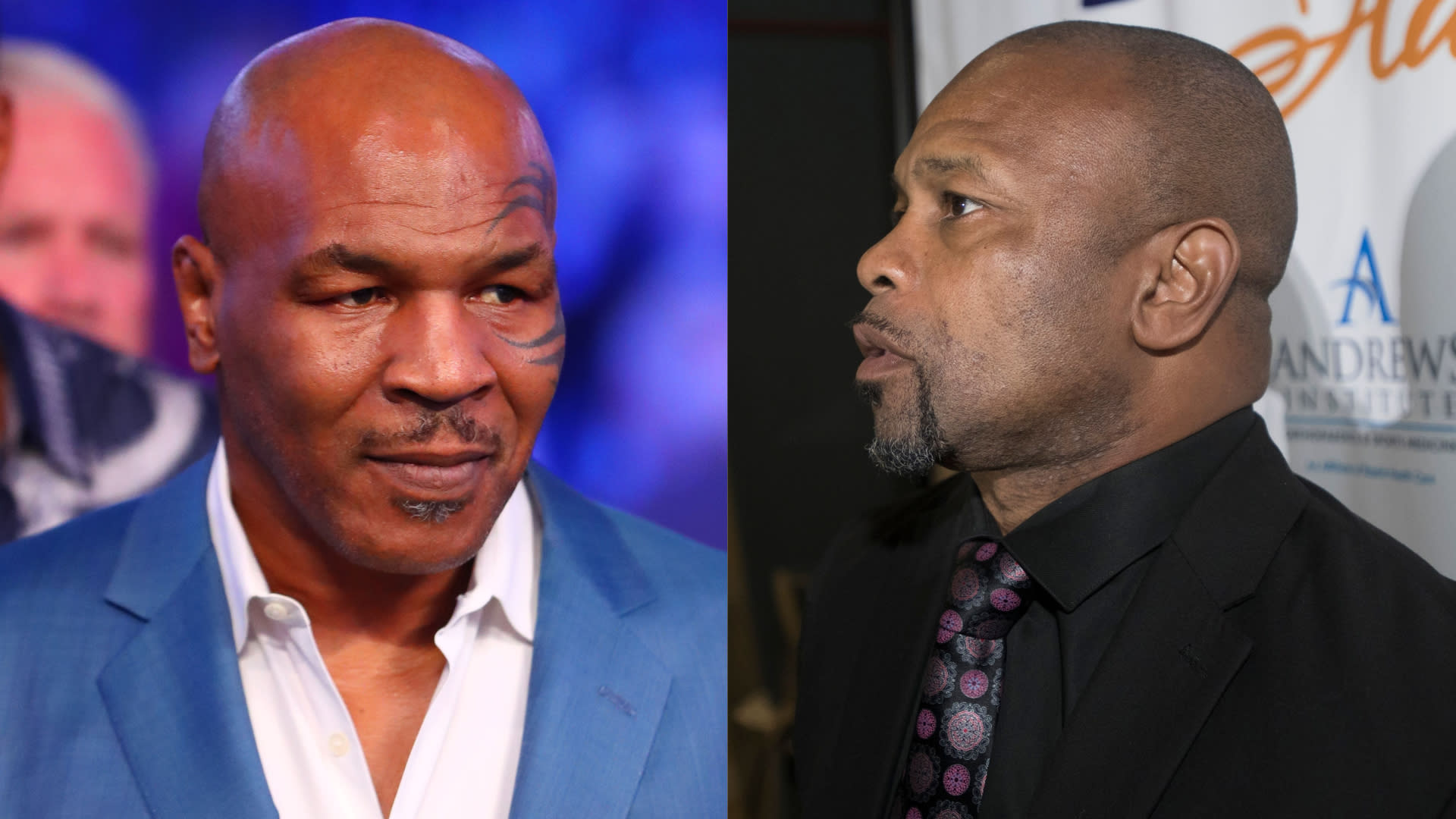 How The Sweetness Industry Is Hurting Women Of Colour