Kim Kardashian and Kanye West are no strangers to media attention, but the latest news cycle around them has taken on a different tone—raising concerns about West and the future of their relationship.

These new events can be traced back to West’s announcement he was running for president, and most recently to a campaign rally in South Carolina. Many people online have expressed concern for his mental health, as West has spoken openly in the past about his bipolar disorder.

“I wouldn’t be able to explain that as much just because, you know, I’m not a doctor,” he told David Letterman in 2019. “I can just tell you what I’m feeling at the time, and I feel a heightened connection with the universe when I’m ramping up. It is a health issue. This—it’s like a sprained brain, like having a sprained ankle. And if someone has a sprained ankle, you’re not going to push on him more. With us, once our brain gets to a point of spraining, people do everything to make it worse.”

It’s been hard to keep track of everything that’s going on, so let’s break down the situation as it stands right now.

West announces his presidential campaign. The rapper, who has supported Donald Trump in the past, tweeted the news on July 4. “We must now realize the promise of America by trusting God, unifying our vision and building our future. I am running for president of the United States! #2020VISION,” he wrote.

Kardashian didn’t make any lengthy comments about the campaign, but simply retweeted her husband with an American flag emoji.

West’s campaign seems to be in some amount of disarray, with rumors that it’s already over popping up frequently and deadlines for getting his name on the ballot in a number of states fast approaching. (He already missed the cutoff in South Carolina.)

West makes controversial comments at a rally in South Carolina. On Sunday July 19, West held an event at the Exquis Event Center in Charleston while wearing a bulletproof vest. Over the course of the evening, he made a number of statements that raised eyebrows including, “Harriet Tubman never actually freed the slaves, she just had them work for other white people.”

But it was what West said about his wife, their oldest child, North West, and his late mother, Donda, that dominated the headlines. The comments were about his views on abortion.

“In the Bible, it says, ‘Thou shall not kill.’ I remember that my girlfriend called me screaming and crying, and I was just thinking—because at that time I was a rapper. I was out there, [had] different girlfriends and everything—and she said, ‘I’m pregnant.’ And I said, ‘Yes!’ And then I said, ‘Uh oh,'” he said, per People. “She was crying… and for one month and two months and three months, we talked about her not having this child. She had the pills in her hand.”

“I’m in the apartment where my wife was actually robbed, and I have my laptop up and I have all of my creative ideas, I’ve got my shoes, I’ve got my next song cover… and the screen went black and white,” he continued. “And God said, ‘If you f-ck with my vision, I’m gonna f-ck with yours.’ And I called my wife and she said, ‘We’re gonna have this baby,’ and I said ‘We’re gonna have this child.’”

He then broke down in tears. “Even if my wife wants to divorce me after this speech, she brought North into the world even when I didn’t want to. She stood up and she protected that child. You know who else protected a child? Forty-three years ago, who do you think protected a child?” he said. “My mom saved my life. My dad wanted to abort me. My mom saved my life, there would have been no Kanye West because my dad was too busy…I almost killed my daughter! I almost killed my daughter! I love my daughter!”

Kardashian is reportedly “furious” about the South Carolina comments. She has not made a statement, but sources told People, “Kim is shocked that Kanye spoke about North at the rally. She is furious that he shared something so private. She loves her kids tremendously and wants to protect them. Her favorite thing in the world is being a mom.”

“Things have broken down significantly between the two of them, and it’s happened pretty suddenly,” the source continued.

West called out Kardashian and her mom, Kris Jenner, in a series of now-deleted tweets. On July 20, he went on a Twitter rant.

Here’s some of what he said:

“Kim was trying to fly to Wyoming with a doctor to lock me up like on the movie Get Out because I cried about saving my daughters life yesterday.”

“Kriss [sic] don’t play with me you and that calmye are not allowed around my children Ya’ll tried to lock me up.”

“If I get locked up like Mandela Ya’ll will know why.”

“Everybody knows the movie get out is about me.”

“I put my life on my God that Norths mom would never photograph her doing playboy and that’s on God I’m at the ranch … come and get me.”

“I put my life on the line for my children that North’s mother would never sell her sex rape.”

“I put my life on my God that Norths mom would never photograph her doing playboy and that’s on God I’m at the ranch … come and get me.”

“I love my wife My family must live next to me It’s not up to E or NBC anymore.”

He then concluded by saying he was going to focus on music.

Many expressed concern for his health. Halsey, who has talked about her own bipolar disorder diagnosis, seemingly tweeted in response to West’s behavior.

This post may be updated as new information about Kim Kardashian and Kanye West as it becomes available.

7 South Florida attorneys, one accused of stealing $625,000, disciplined by the state

Tue Jul 21 , 2020
An attorney charged with ripping off $625,000 and a former Miami-Dade assistant state attorney are among the South Florida attorneys on the latest Florida Bar discipline report. Also, amid obnoxious behavior in a condominium dispute, an attorney threw in a little religious instruction, with “Take some time this weekend to […] 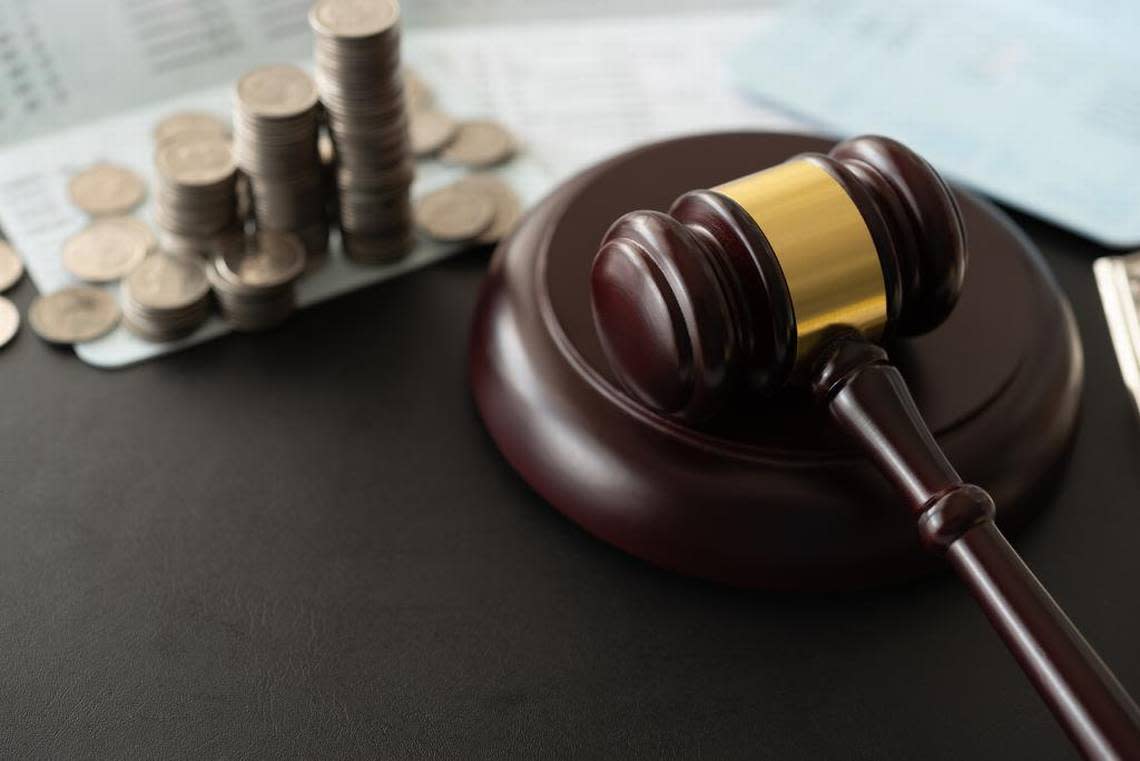