The virtue signaling via your tax dollars escalates.

The state of Colorado plans to declare racism a “public health care crisis.”

According to Channel 7 News, the head of the Colorado Department of Public Health and Environment, Jill Hunsaker Ryan, will make the declaration.

They report, “In doing so, Hunsaker Ryan said she has two goals: to increase diversity in the department’s workforce, which is almost 78% white, and make it easier for local community organizations that provide services to people of color to partner with the agency. She also plans to hire an equity and inclusion officer for the department, potentially by the end of August.”

So, increase diversity in a department which is almost 78% white? According to the U.S. Census Bureau, Colorado is 86.9% “white alone,” defined as people who self-report as white and no other race.

Hire an equity and inclusion officer? Good to know that while Colorado’s private sector unemployment rate is exploding during a pandemic, and the state government is crying budget poverty over it, our state’s health department will provide its indecent job security to a new inclusion officer rather than a nurse or a doctor or even someone to process COVID screenings.

The state is signaling what’s really important — politicizing and bending core governmental functions to fit fashionable social causes. That might suit you just fine, so long as you agree with the outrage-de-jour.

Promoting political agendas by labeling them a “health crisis” is nothing new. In 2016, the American Medical Association adopted policy calling gun violence (not violence oddly, but gun violence) in the United States “a public health crisis” even though gun violence was near an all-time low.

If racism should be declared a health care crisis, what about domestic violence? The National Coalition Against Domestic Violence reports an average of 20 people experience intimate partner physical violence every minute in the U.S., more than 10 million abuse victims annually.

Ms. Hunsaker Ryan, will you declare domestic abuse a health care crisis? If not, why not? Could it be that those effected by domestic abuse aren’t vandalizing and spraying your capitol offices like other victim groups are today?

Is suicide a health care crisis? The American Foundation for the Prevention of Suicide, using CDC numbers, report suicide was the 10th leading cause of death in the U.S. in 2018, with 1.4 million suicide attempts and 48,344 lives lost.

Ms. Hunsaker Ryan, will you declare suicide a health care crisis? If not, why not?

The CDC reports that in 2017, 40,231 Americans lost their lives in automobile accidents. That’s nearly 10 times more dead on our roads each year than Americans killed in 15 years of the Iraq war. They further report that for every automobile death there are 9 people hospitalized and 88 people treated in emergency rooms, straining on our packed healthcare system.

Ms. Hunsaker Ryan, how is this not health care crisis? Don’t those staggering numbers absolutely demand you declare it so?

Simple plea. Will the Polis administration create a written policy laying out the criteria for what they will declare as a health crisis?

But how do you write a coherent policy based on changing political agendas not science?

Jon Caldara is the president of the Independence Institute, Colorado’s free-market think tank in Denver.

Jon Caldara is the President of the Independence Institute, Colorado’s free-market think tank in Denver. 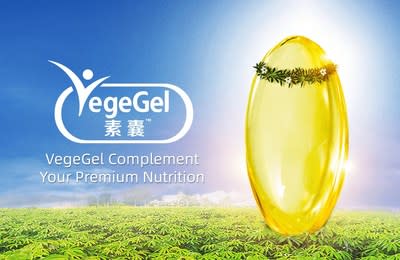