The Federal Emergency Management Agency, which funds the program, notified DWD Friday, Sept. 11, that federal guidance requesting the money be paid back is unlikely.

The benefit, created by the Trump administration under the Lost Wage Assistance program, supplements weekly unemployment benefits by $300 a week for six weeks in Wisconsin.

The question, which is one of the factors that determines whether someone is eligible to receive the $300 supplement, asks unemployment recipients to certify that they are partially or completely unemployed because of disruptions related to COVID-19. Many receive the question through an online portal via the DWD website, and responding “yes” is a requirement for individuals who want to receive the additional money.

But included in the yes or no question for Wisconsinites was a stipulation that by answering yes, recipients acknowledge that they may have to pay the benefit back if “another pandemic program is enacted by Congress to replace the Lost (Wage) Assistance program.”

LWA payments are backdated to Aug. 1, meaning those who eventually receive the $300 weekly payments will be receiving them for six weeks starting with the week ending Aug. 1. The language about possible repayment was included to account for the possibility that Congress could pass a separate unemployment insurance supplement that was also backdated to Aug. 1, creating duplicative benefits, according to DWD communications director Ben Jedd.

Jedd said via email Monday the department included the language in an effort to be transparent with recipients about that possibility, but said the note was reflective of the “uncertainty and confusion created by the federal government.”

On Friday, FEMA updated its guidance to DWD, saying the language the department included was “not entirely inaccurate,” but they added that the agency does not believe Congress will pass additional legislation that will create duplicative benefits.

Talks between the White House and Congress over another round of stimulus spending, including an unemployment insurance supplement, have been stalled for weeks.

Jedd said DWD is in the process of removing the language from its website based on the updated guidance from FEMA.

Despite the department removing the language, some recipients may have already mistakenly made themselves ineligible for the supplement, which may total $1,800, amid the confusion surrounding how to answer the question or out of fear they could have been asked to pay the money back.

Tami Larsen, a St. Francis resident who said she’s been out of work since losing her job with a Waukesha media company in May, wasn’t sure if her unemployment was related to the pandemic.

Larsen said she did not believe her former employer let her go because of COVID-19 or disruptions related to the pandemic. But in guidance to states about who is eligible under the program, FEMA states specifically “the most recent job separation does not need to be directly related to COVID-19.”

The guidance from FEMA goes on to say “at the time of self certification for the program, the individual must be unemployed or partially unemployed due to disruptions caused by COVID-19.” Larsen has said she’s struggled to find employment elsewhere since losing her job, a reality which may in fact make her eligible for the extra money.

But Larsen said she ultimately answered “no” to the question from DWD, making herself ineligible, because she believed her unemployment wasn’t related to COVID-19 and because she did not want to deal with having to pay back the money at a later date.

In a post on a private Facebook support group for those trying to navigate the unemployment insurance system in Wisconsin, another individual, who requested to not be identified by name, said they answered “no” to the question and couldn’t figure out how to change their answer to a “yes.”

JJ Paustian, who lost their job at a Milwaukee coffee shop in March, said, after initially getting prompted to answer the question, they couldn’t find any further explanation from DWD about what the note meant.

“If you click around for … the FAQs for the Lost Wages Assistance, or anything about it, at no point does it say that people will potentially have to pay this money back,” Paustian said.

Paustian ultimately answered “yes” to the question, but said the only other place they could find information about what the note meant was in subsequent media reports, adding “it’s hard to find an official statement from the DWD about it.”

Wisconsin Public Radio can be heard locally on 91.3 KUWS-FM and at wpr.org.

Wisconsin Public Radio, © Copyright 2020, Board of Regents of the University of Wisconsin System and Wisconsin Educational Communications Board.

Sat Sep 19 , 2020
Using polyacrylic acid solution in water as irrigation fluid in dentistry reduces risk of aerosolized pathogens. Here, the polymer is shown forming snakelike threads near the tip of a vibrating cavitron scaler (top), and it forms spools near the tip of a turbine-driven dental drill. In both cases, aerosolization is […] 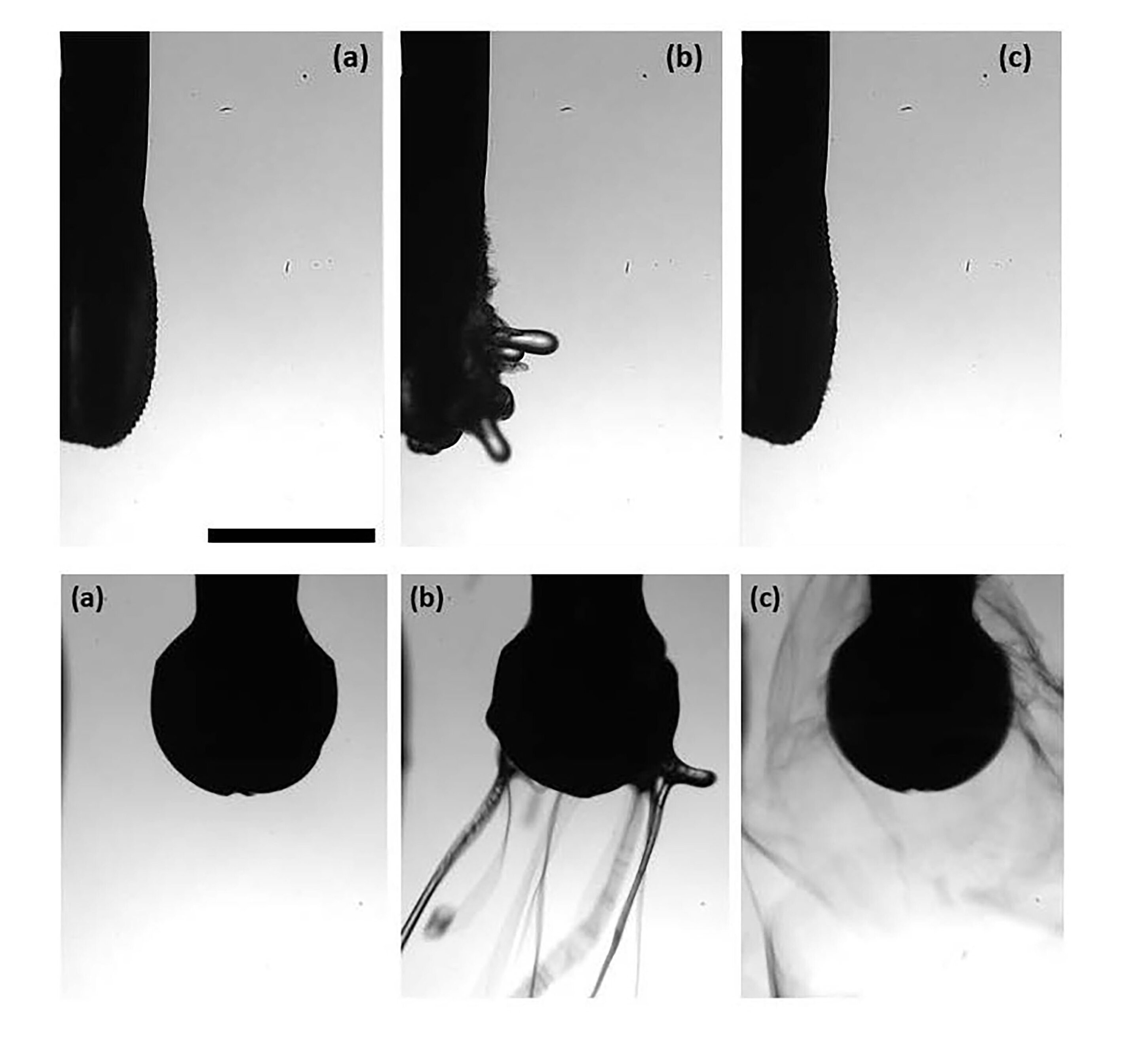