Trillfit’s pledge includes diversifying membership and instructors, teaching staff about the impact of bias and systemic racism on health outcomes, and collaborating with and supporting businesses owned by people of color.

The pledge comes as the wellness and fitness industries push for more inclusion after a surge in protests tied to the Black Lives Matter movement, and as prominent athletes use their public platforms to address racial inequity.

“Racism is a public health crisis, and industries focused on wellness and healing need to stand up. Our lives depend on it,” White said. “Brands have been posting black squares all summer; now’s the time for action. Through this pledge, we have the ability to build a more equitable future and hold our industry accountable.”

Over the past six months, as Americans have faced dual crises of the pandemic, which has disproportionately affected people of color, and the reckoning on racial injustice after George Floyd’s killing, the wellness industry has faced a reckoning of its own.

As studios abruptly shut down across the country, leaving their hourly instructors out of work, many continued to post on their social media pages about racial inequality. Some messages fell flat.

SoulCycle faced a backlash after it posted a black square on its Instagram page. Customers pointed out that a major SoulCycle investor had hosted fund-raisers for President Trump, who has criticized the Black Lives Matter movement. And the company was called out for encouraging customer donations to racial justice efforts without having made contributions of its own. Several Black SoulCycle instructors quit, saying they felt as though they were being made tokens within the company.

CorePower yoga, the largest yoga chain in the country, faced demands for more diversity and inclusion from its network of instructors over the past several months, and fired a master teacher after he posted an image on Instagram that said “I can breathe.” CrossFit’s founder, Greg Glassman, left the company after making statements dismissive of George’s Floyd’s death and the Black Lives Matter movement; CrossFit struggled to address the issue in a timely way before ultimately issuing an apology.

Elsewhere in the industry, studios have adjusted music playlists and class names after being called out for cultural appropriation. Meanwhile, Black instructors are increasingly using their voices to point out disparities in the industry and appeal to their predominantly white customers on issues of racial justice.

The group Fit For Us recently was formed as a network to “advocate, empower and service” Black fitness instructors and address “social and structural inequities” in the industry.

“We are very much in the midst of a national health crisis; it’s not just that we want better jobs and better marketing and nice gyms in our neighborhoods. It’s broader and more nuanced than that,” said Percell Dugger, a fitness coach in New York City and cofounder of Fit For Us.

He said the group’s aim is to push the wellness industry to take a larger role in fighting for policy changes that can help improve health outcomes for Black communities. And the group outlines steps studios can take to be more inclusive, suggesting measures like pay transparency and the use of “clean” music that doesn’t use the N-word or other derogatory phrases during classes.

“The N-word being used makes people uncomfortable,” he said. “We go into these spaces to feel better about ourselves.”

After feeling out of place as a Black woman in Boston’s high-end fitness boutiques, White created Trillfit around the notion of inclusivity. Boutique fitness need not be the preserve of tonier — and whiter — ZIP codes, she reasoned, and could come at a more affordable cost.

She also created Mission Trill, an arm of the business that focuses on racial inequality in the health care and wellness industries.

Trillfit funds the training of 20 instructors of color each year and donates 3 percent of its annual profit to organizations that support the health of communities of color.

During the pandemic, Trillfit has kept its studios closed, opting to offer classes online instead, as many of the studio’s members are also some of those most at risk at developing life-threatening complications from the virus, White said.

“It feels irresponsible for us to think of ourselves [as a business] in this moment when our industry is intended to make people well,” she said.

But since the protests, members of the fitness community have reached out to Trillfit for guidance on being more inclusive, said Meghan Venable-Thomas, who has a PhD in public health and is Trillfit’s product manager. Eventually, that led to the idea of the pledge.

“We really have been super-intentional around our mission of decolonizing wellness and see a huge opportunity for equity and decreasing health disparities. Our industry has a lot of power: buying power and the power to save lives,” Venable-Thomas said. “We thought if we are leaders in this work and we are holding ourselves accountable, how do we hold our industry accountable? And how do we ensure we can make the change we want to see?”

Mark Partin, cofounder of B/SPOKE Studios in Boston, Wellesley, and Mashpee, was among the first locals to sign the pledge. He said he’s worked internally to create more diversity and inclusion at B/SPOKE, but the pledge provided a platform to take that message public. He’s now overhauling the hiring process for instructors to be more inclusive, and is hoping to help create a pipeline of instructors of color.

“There is a big gap to fill in terms of the Boston wellness scene, and I’ll be the first to say at our own studio we have a lot of work to do ourselves,” Partin said. “We’re hoping that [the pledge] will hold us accountable.”

Both Venable-Thomas and White said that there’s also an important role the wellness industry can play in helping people cope with the trauma that racism and police violence have inflicted on the Black community, particularly as they might be feeling social isolation during the pandemic.

“Racism is a traumatic experience, and racial trauma is inter-generational and chronic,” Venable-Thomas said. “We need wellness to overcome these and other systems of violence to push through another day, and to maintain our emotional and mental well-being. It shouldn’t be a privilege to be able to feel well.”

Sat Oct 10 , 2020
More and more people are choosing to create home gyms to stay fit, instead of attending traditional gyms. Many fitness solutions are rising to this challenge, such as Tempo. If you haven’t joined the club, here are a few reasons why you should rethink your home-gym experience. What is Tempo? […] 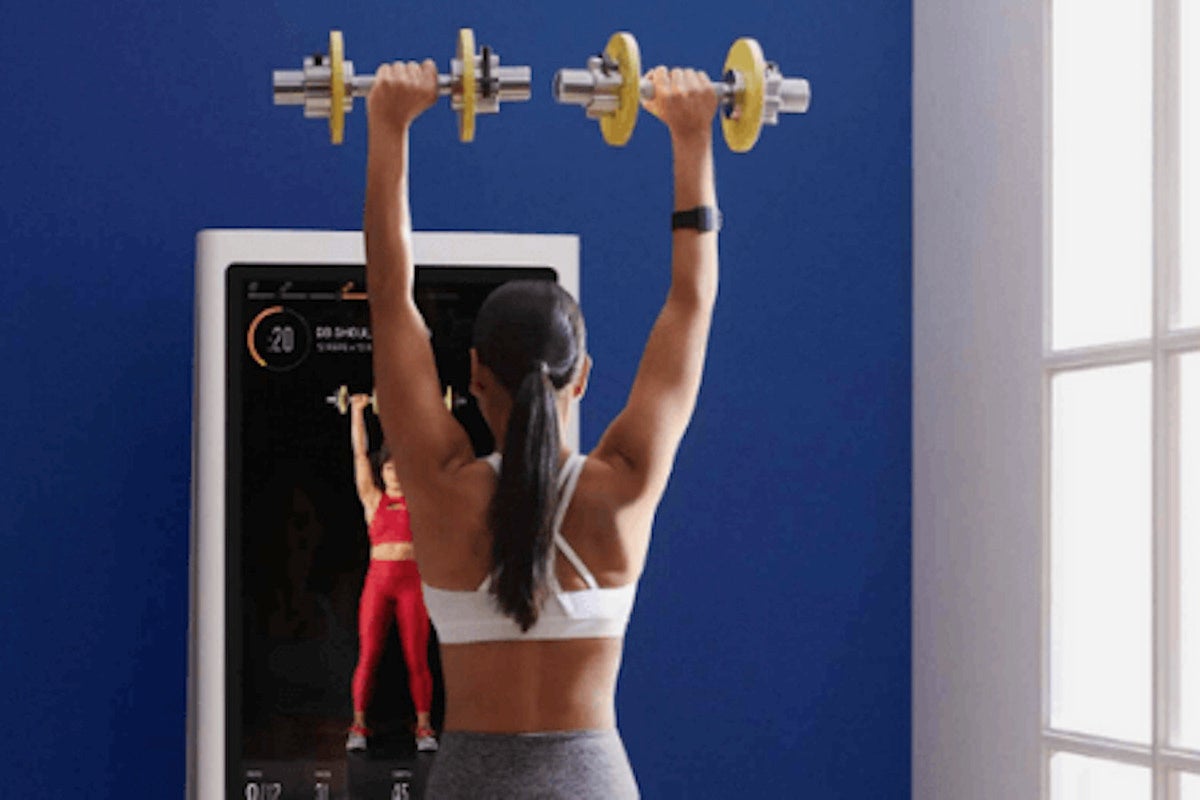