HONOLULU — Hawaii is gearing up for a hurricane that threatens to pummel the islands as residents grapple with escalating numbers of coronavirus cases.

The pandemic was complicating preparations for the American Red Cross, which operates emergency shelters on behalf of local governments. Many volunteers who normally staff the shelters are older or have pre-existing health conditions. Many of these volunteers are thus staying home for this storm.

Also, each shelter will have less capacity because of the physical distancing requirements to prevent the spread of the disease.

Hawaii has some of the lowest coronavirus infection rates in the nation, but the numbers have been rising in recent weeks. On Friday, the state reported 60 new confirmed cases, a record high.

HERE’S WHAT YOU NEED TO KNOW ABOUT THE VIRUS OUTBREAK:

— US sued over expulsion of migrant children detained in hotel

— Families in the U.S. are awaiting decisions from district officials about learning options. They’ll be forced to make agonizing decisions over whether to enroll their children online or in person.

— Brazil President Jair Bolsonaro says he tested negative for coronavirus. That’s based on a fourth test since announcing July 7 he had the virus.

HERE’S WHAT ELSE IS HAPPENING:

BEIRUT — Lebanon has reported the highest daily count of coronavirus cases with 175, bringing the total to more than 3,500.

Lebanese officials warn of a spike in infections following the easing of restrictions after the country’s only airport opened on July 1. Government officials have urged people to observe social distancing and wear masks.

The country of about 5 million has 47 confirmed deaths and 3,582 reported cases. The government is considering reintroducing restrictions, including closing gyms and nightclubs, which reopened for business after the country relaxed its lockdown.

ANCHORAGE, Alaska — Schools in Anchorage will not open for in-person classes in the fall.

The Anchorage Daily News reported the District Superintendent Deena Bishop announced increasing cases in the city have propelled the district into a “high-risk scenario” for school operations.

The average daily new confirmed coronavirus case count in Anchorage increased to 30 on Friday. Bishop says students in grades 3-12 will get laptops and the district will spend money to support wi-fi access for families. The school year begins Aug. 20.

ATHENS, Greece — Greek authorities have announced 31 new coronavirus cases in the last day, with eight from arrivals from abroad. There were no reported deaths.

Authorities announced visitors from Bulgaria and Romania will need to present a negative test for the virus, taken over the 72 hours preceding their arrival. This measure will go into effect Tuesday.

Greece’s health minister Vassilis Kikilias says eventual vaccination against the coronavirus will not be mandatory, but “strongly recommended.” Kikilias says “vulnerable groups” such as the elderly and those with serious underlying diseases, will have priority.

Total confirmed cases in Greece stand at 4,166 infections and 201 deaths.

ROME — Failure to wear a mask inside stores in the southern city of Salerno has proven costly.

Campania Gov. Vincenzo De Luca signed an ordinance on Friday establishing fines up to 1,000 euros for not wearing masks in closed public places. Similar fines were handed out on the tourist island of Ischia, in three cafes and in a restaurant, also in the Campania region.

Campania accounted for 21 of Italy’s 275 new virus cases on Saturday, according to Health Ministry officials. Five deaths were reported in the nation of 60 million since Friday, raising Italy’s confirmed death toll to 35,102.

MONTEZUMA, N.M. — Federal immigration officials have rescinded a directive that would have kept international students from attending colleges in the United States, but it’s not going to help the United World College.

United World College is a global school system that teaches an International Baccalaureate curriculum at 18 schools on five continents, with only three in the Western Hemisphere.

Most of the students who attend the northern New Mexico school still are shut out from entering the U.S. because of travel bans and their inability to obtain F-1 visas due to the closure of consulates worldwide.

School officials say about three quarters of the 220 teenage students are from foreign lands.

Students can participate in online courses, but officials many don’t always have access to the internet.

NEW YORK — Gov. Andrew Cuomo says the number of people hospitalized in New York with the coronavirus is dropping to the lowest levels.

The Democratic governor says there were at least 646 people hospitalized in the state on Friday, a new low since March 18 and down slightly from the previous day.

Daily statewide statistics show New York with more than 750 new confirmed cases. The number of reported deaths in the state rose on Friday by one, to 10. New York has a total of more than 32,000 confirmed deaths, according to a tally by Johns Hopkins University.

The true number of cases is likely higher because many people haven’t been tested and studies suggest people can be infected and not feel sick.

New York, once a pandemic hot spot, has avoided a surge in new cases so far. Cuomo has emphasized vigilance by wearing masks and social distancing to help contain the virus.

BERLIN — A German cruise ship has set sail for the first time since the industry was shut down because of the coronavirus, with strict precautions for passengers and crew.

The TUI cruise ship “Mein Schiff 2” — “My Ship 2” — set sail for the weekend cruise in the North Sea on Friday night, the dpa news agency reported.

Occupancy was limited to 60% so passengers can keep their distance. There were 1,200 people on board compared the ship’s normal 2,900 capacity. The ship sailed from the port of Hamburg toward Norway, and passengers will spend the weekend at sea with no land stops before returning to Germany on Monday.

Passengers and crew are required to stay 1.5 meters (5 feet) away or wear protective masks and won’t serve themselves at the ship’s buffet. All passengers filled out a health questionnaire before boarding and had temperatures checks.

After being shut down for months, German cruise ship companies hope shorter, strictly controlled trips will help restart the business.

LONDON — Swimming pools and gyms in England are reopening for the first time since the U.K. went into lockdown as public health officials extol the benefits of exercise in fighting COVID-19.

The government has announced a fresh attack on obesity as part of the move, hoping that a fitter nation might be able to minimize the impact of future waves of the virus.

But Jane Nickerson, chief executive of Swim England, says that there had been financial pressure on pools even before the pandemic and that without government support many won’t open this year — or ever.

She told the BBC that funding pools actually saves money because of the impact they have on social cohesion, crime prevention, education attainment and health benefits. Learning to swim is also a life skill.

MULTAN, Pakistan — A Pakistani health official says 14 Chinese engineers and experts have tested positive for the coronavirus while working on a power project in central Pakistan.

Rana Yousaf, a medical doctor at the state-run Behawalpur hospital, said Saturday that the Chinese were brought to the hospital a day earlier amid tight security and that all of them were listed in stable condition.

It is the first time that authorities have confirmed infections among Chinese working in the country.

Currently, an unspecified number of Chinese are working in various parts of Pakistan on CPEC-related projects.

The development came hours after Pakistan reported 24 new deaths from COVID-19 in the past 24 hours, the country’s lowest number of daily fatalities from the virus in more than a month.

PARIS — France’s coronavirus infection rate is continuing its worrisome upward creep, with health authorities saying the closely watched “R” gauge is now up to 1.3, suggesting that infected people are on average contaminating 1.3 others.

Also increasing is the daily number of new cases, up to 1,130 on Friday. In their daily statement on the French outbreak that has claimed 30,192 lives, health authorities warned that the country is going backward in its battle and that infection indicators now again resemble those seen in May when France was coming out of its strict two-month lockdown.

“We have thus erased much of the progress that we’d achieved in the first weeks of lockdown-easing,” health authorities said.

They appealed for a return to “collective discipline,” asking that people work from home and get tested if they have any suspicions of infection.

That’s according to the Africa Centers for Disease Control and Prevention.

South Africa has more than half the reported cases on the 54-nation continent. But infections are now climbing rapidly in other countries including Kenya, East Africa’s economic hub, with more than 16,000.

Africa was a major concern even before the first case was reported on the continent on Feb. 14, as the World Health Organization’s declaration of a global health emergency in January cited the threat to fragile health care systems.

Africa’s are the least-equipped in the world, and health experts have warned the virus could “smoulder” in parts of the continent for a long time. Africa now has 810,008 confirmed cases.

The additional infections take India’s total to more than 1.3 million on Saturday, with surges seen in a quarter of the country’s 36 states and union territories.

India has tallied 31,358 deaths, including 757 in the last 24 hours. It has reported a much lower death rate than the world’s two other worst-hit countries, the United States and Brazil. Johns Hopkins University showed the U.S. has more than 4.1 million cases (144,000 deaths) and Brazil with 2.2 million cases (85,000 deaths).

The All India Institute of Medical Sciences, a premier teaching hospital in the capital of New Delhi, says it has administered the first dose of a trial COVID-19 vaccine on Friday.

The candidate vaccine, Covaxin, is among nearly two dozen in human trials around the world. AIIMS is among the 12 sites selected by the Indian Council for Medical Research for conducting the two-phase randomized, double-blind, placebo-controlled clinical trials of Covaxin.

Countries are making giant bets on various vaccine candidates, entering into purchasing agreements with pharmaceutical companies for delivery if and when regulators deem the doses safe and effective.

Sun Jul 26 , 2020
Click here to read the full article. “Now is a time when health is top-of-mind for a lot of people, whether that’s on purpose or subconsciously,” said Nina Mullen, on the effects of the coronavirus pandemic, speaking at Beauty Inc’s inaugural virtual Wellness Summit. “We see people investing a lot […] 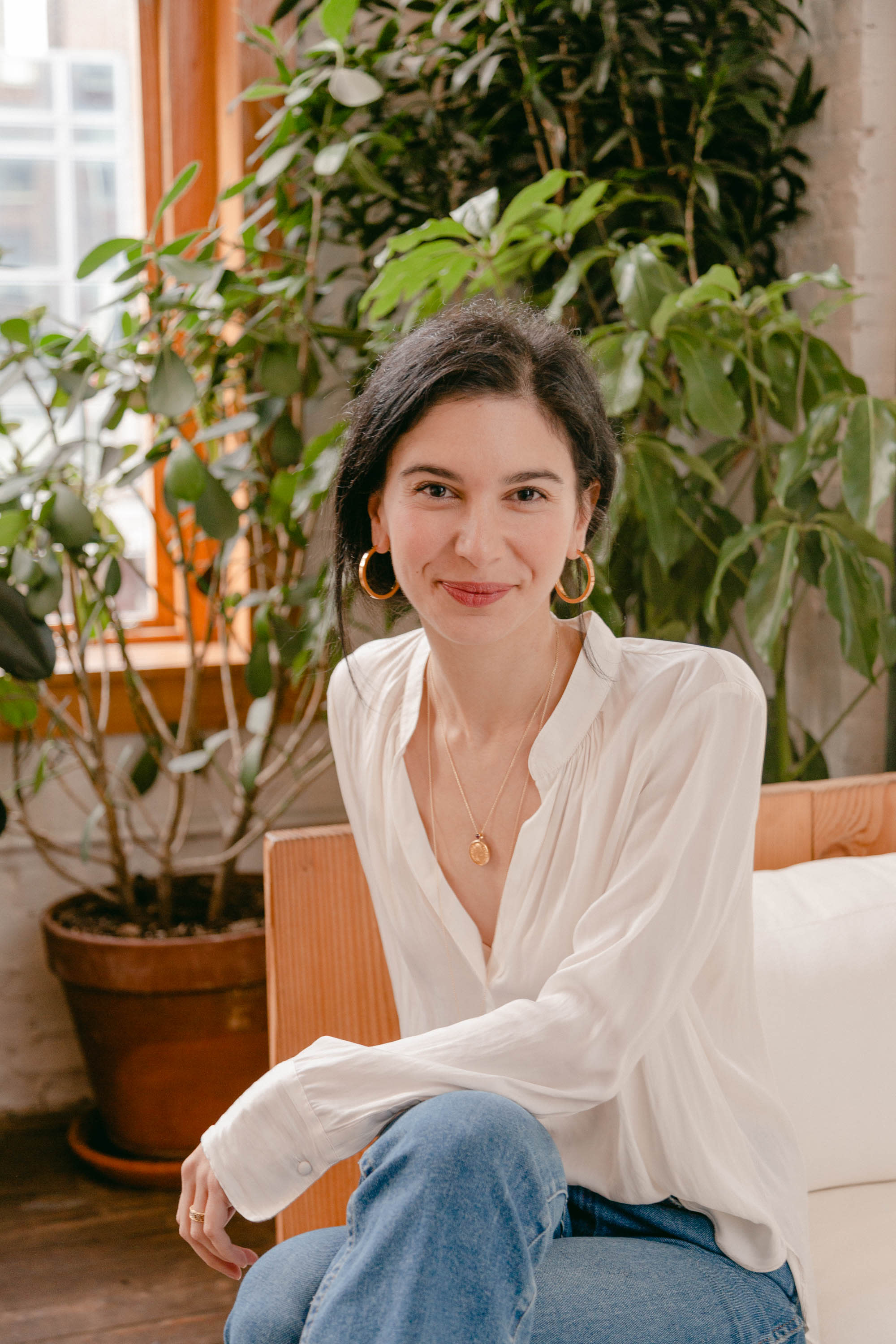