High school football in the state of California will not begin until December at the earliest.

The California Interscholastic Federation (CIF) announced Monday that the sports season for the upcoming school year will begin with a modified schedule, beginning in December 2020 or January 2021. The unprecedented alteration is due to the ongoing coronavirus pandemic.

The CIF, which is divided into 10 Sections throughout the state, said each individual Section will determine their own calendar “to reflect regular season starting and ending dates,” as well as playoffs.

“It is anticipated that most Section start dates will commence in December 2020 or January 2021,” the CIF said in a statement.

Due to a recent surge in coronavirus cases, most California schools are planning to start the upcoming academic year by offering only online classes. According to the Los Angeles Times, high school football practices were scheduled to begin Aug. 3 with games to follow beginning Aug. 21. Now, after Monday’s news, practices won’t begin until December with the season likely extending into mid-April.

“We are continuously monitoring the directives and guidelines released from the Governor’s Office, the California Department of Education, the California Department of Public Health, and local county health departments and agencies as these directives and guidelines are followed by our member schools/school districts with student health and safety at the forefront,” the CIF said.

According to USA Today, high school football in the fall has already been canceled in Virginia, New Mexico and Washington D.C. Additionally, 11 states other than California to move to delay the season are Arizona, Kansas, Kentucky, Mississippi, New Jersey, New York, North Carolina, South Carolina, Tennessee, Washington and West Virginia.

Football hotbeds like Texas and Florida are still moving forward toward a season, though decisions from both states could be coming.

The Florida High School Athletic Association has an emergency meeting scheduled for Monday evening, according to WKMG in Orlando. High school football in Florida is scheduled to begin Aug. 17. In Texas, officials of the University Interscholastic League, which oversees high school sports in the state, is also expected to make a Monday announcement.

The @uiltexas expected to make announcement today concerning fall schedule for athletics. However, director of athletics Susan Elza told coaches at virtual THSCA convention ‘there is no guarantee that there will be an announcement (Monday).’ Lotta moving pieces for UIL to align.

What will college prospects do?

A growing trend in college football in recent years has been top high school prospects graduating early in order to enroll at their university in January. The decision gives these players a full semester head start to get acquainted with college life and allows them to participate in spring football practice.

With the season officially starting late in California, one prospect has decided to skip out on his senior season altogether. Victory Vaka, a three-star defensive tackle from Westlake Village, California who is committed to Texas A&M, announced Monday that he will head to College Station in January, causing him to miss his final season of high school ball.

Don’t be surprised if other top prospects — not just in California — make a similar move.

Mon Jul 20 , 2020
High school football in the state of California will not begin until December at the earliest.  The California Interscholastic Federation (CIF) announced Monday that the sports season for the upcoming school year will begin with a modified schedule, beginning in December 2020 or January 2021. The unprecedented alteration is due […] 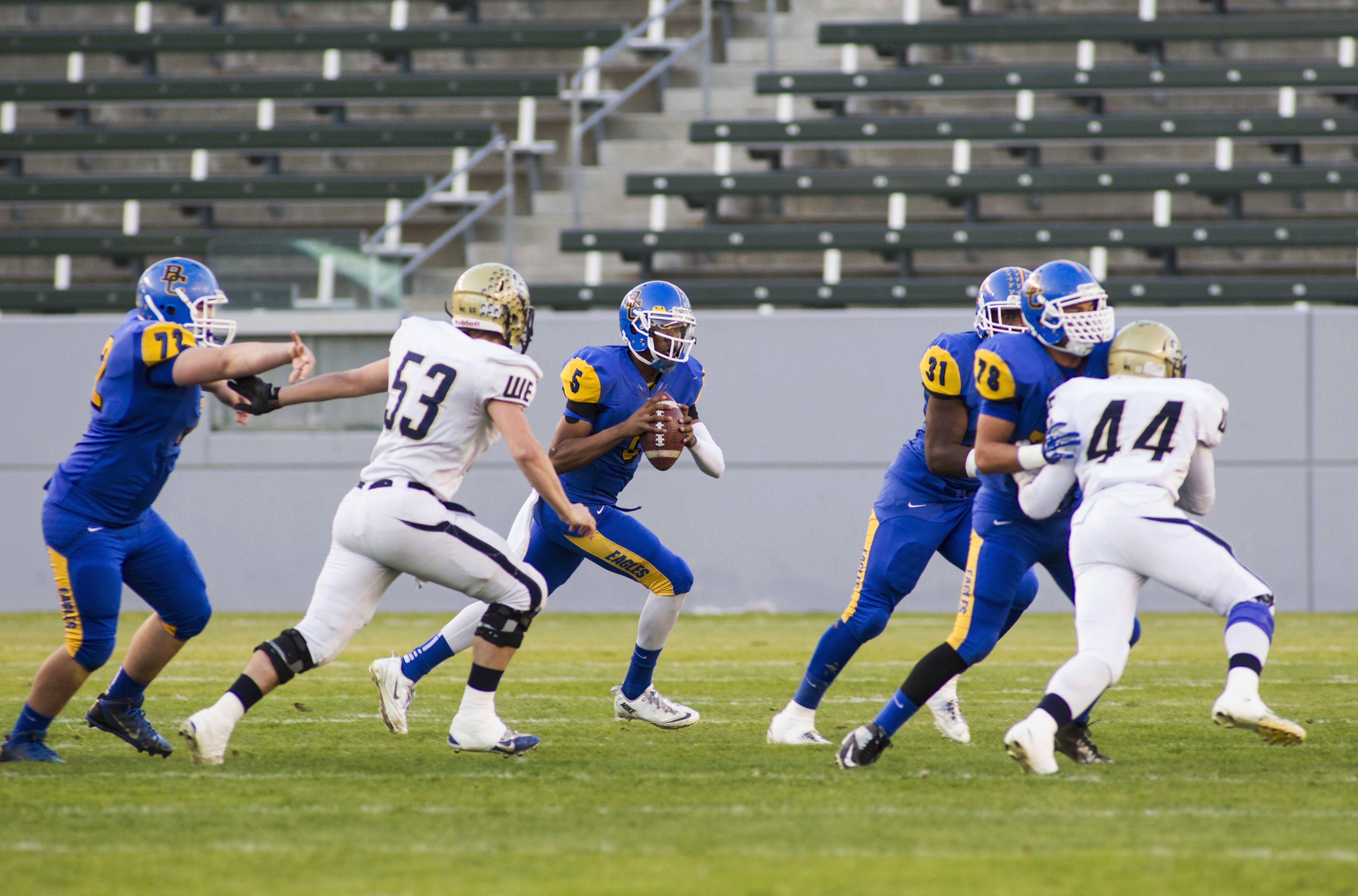