School reopenings have become a hotly debated issue across the U.S. as the Trump administration is threatening to withhold funds from schools that do not open in-person as scheduled. A number of public school systems such as New York have begun to plan for the new year. Many plans call for an extension of online-only learning through the fall.

One school system that may be better prepared for a reopening despite its state’s rising COVID-19 cases is that of the Miami-Dade County Public Schools (M-DCPS) school district.

“The reason why we had the seamless transition from traditional schooling to distance learning is because we had been somewhat influenced by the fact that we are coastal towns subject to periodic hurricane threats,” he said. “So we do have experience in shutting down our school systems and continuing education.”

At the beginning of the pandemic in the U.S., the M-DCPS distributed 119,000 devices to students. It also trained more than 18,000 teachers on distance learning best practices, distributed more than 4,900,000 meals, and raised $1 million to support community feeding.

“Data is in our DNA,” says Carvalho, who says the M-DCPS is a very data-heavy school system.

The district is currently in Phase 1 of Florida’s recovery plan, according to the district. The 2020 – 2021 proposed plan assumes that schools will reopen once Miami-Dade County is in Phase 2. The Miami plan is said to be built to ensure the district can rapidly pivot, if necessary, in response to a shift back to Phase 1 or to a broader reopening under a transition to Phase 3.

The M-DCPS reopening approach heeds social distancing advice from both the CDC and the state officials to create a student experience that advocates “safety first.” The main tenants of the in school safety measures include:

Flexibility will be imperative to ensuring innovative instructional models for the 2020-2021 school year when it comes to funding the M-DCPS plan. An emergency order from the Commissioner of Education provides fiscal stability for the first quarter, according to the district.

Carvalho told Yahoo Finance in June about some of the principles that will guide their reopenings in the Fall.

“My strongest advice is that, you know, as a superintendent: don’t make the erroneous assumption that your own experience through this crisis is representative of your stakeholder’s experience,” he said. “So speak to them, survey them, understand their ability, viability, willingness to return to work in speaking with a workforce teachers have based on our information.”

“We have teachers who have compromised health systems that are of a certain age that puts them at greater risk. You need to have protocols in place to address that,” he said. “For parents, understanding what they want, what they need, and their flexibility based on their personal, professional circumstances is because that will absolutely impact, influence their children’s return to school.”

“I attempt to provide as much choice in a flexible format as possible, and this is an important one. Be ready to pivot, be ready to pivot to 100% distance learning based on significantly worsening conditions as we enter the Fall.”

Amanda DoAmaral, Founder & CEO of Fiveable, a social learning company that supports more than 1.3 million students, analyzed the Miami-Dade County Public Schools reopening plans. While she appreciates the science-driven approach, she believes that a mixed approach might not be the best fit for some parents.

“I appreciate Miami-Dade’s commitment to science, data, and community needs to make this decision. However, I worry about a mixed-approach where parents are deciding on whether to send students to school or have them learn at home. It’s an incredibly difficult decision for a parent and puts the stress on the family. Meanwhile, teachers will have to balance students at home and students in the classrooms.”

Amir Nathoo CEO of online learning platform Outschool says that 61% of the parents surveyed do not feel comfortable sending their kids back to school.

“Basically, they’re not comfortable doing it until a vaccine is available. And I think that that reflects a concern about the practicalities of social distancing and mitigation measures taken in schools,” he said.

Superintendent Carvalho tells Yahoo Finance that it is important that the district listens to the data and stays flexible.

“The school system is preparing different models, so if need be, it has one model right there ready for us to pivot to if the system gets shut down again.”

When coping with the pandemic, cling to any joy you can find

Tue Jul 21 , 2020
The RV is parked as the sun rises at Badlands National Park. Editor’s Note: This is a preview of USA TODAY’s newsletter Staying Apart, Together, a guide to help us all cope with a world changed by coronavirus. If you would like it in your inbox on Tuesdays and Saturdays, subscribe here.  […] 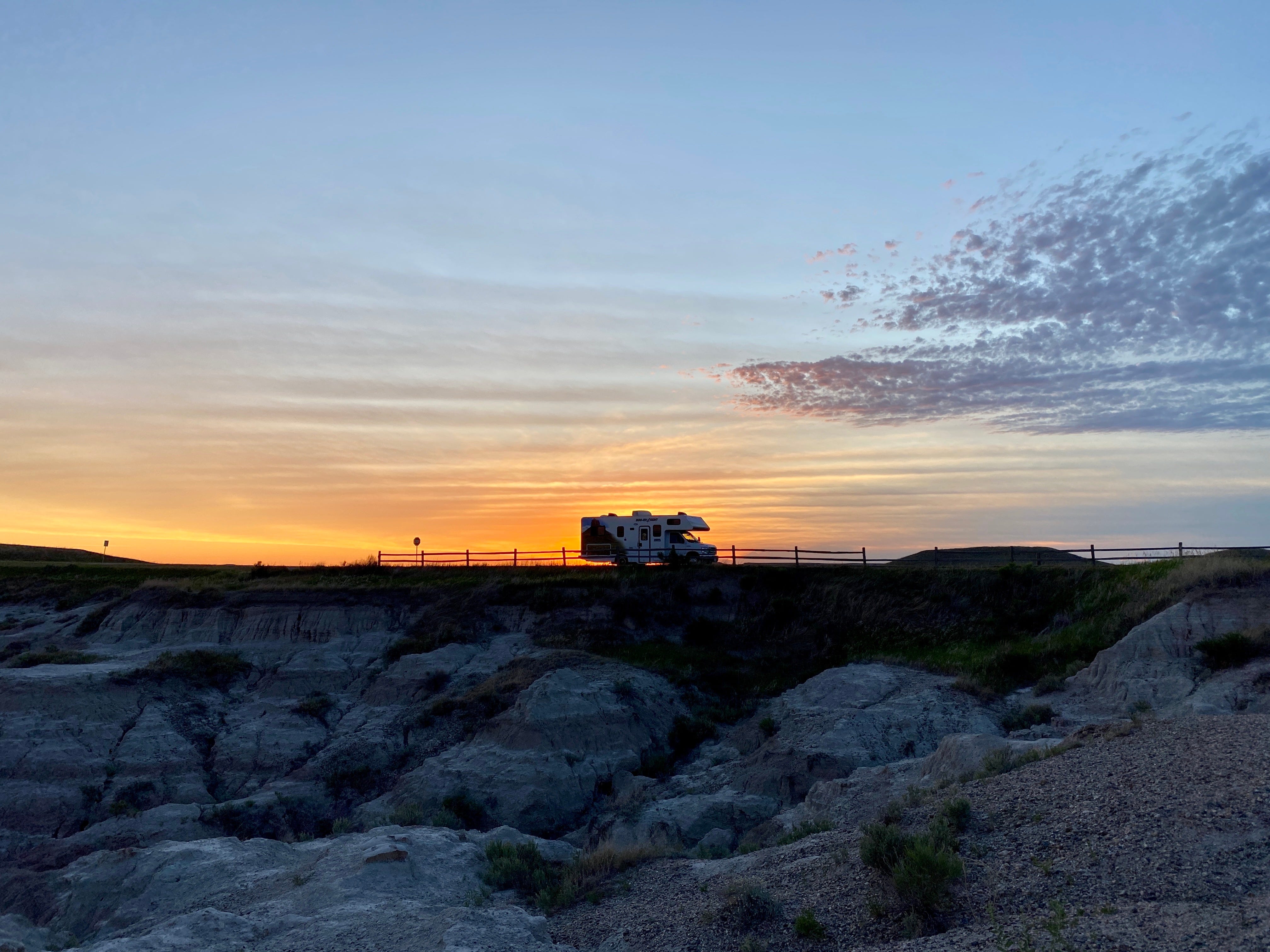