“It’s about getting the balance right so that there are incentives for people to return to work, and at the same time, providing the safety net.”

Business and welfare groups, economists, Labor and the Greens have long argued for an increase in the dole payment – formerly known as Newstart – which paid $40 a day before the COVID-19 outbreak.

Shadow treasurer Jim Chalmers wants to see certainty on the outlook for JobSeeker sooner rather than later.

“Almost two million people will be relying on this payment and need and deserve a bit of certainty about what it is,” he told Sky News’ Sunday Agenda program

AMP Capital chief economist Shane Oliver expects the government will be forced to provide at least a further $20 billion in stimulus between now and the delayed May budget on October 6, and he also thinks revenue will recover more slowly than the government anticipates.

“Supporting the economy through this tough period is absolutely the right thing to do,” Dr Oliver said in a note to clients.

Treasury confirmed the economy is suffering its first recession in nearly 30 years and expects the economy with contract by 0.25 per cent in 2019/20 and by a further 2.5 per cent in the following financial year.

Deloitte Access Economics economist Nicki Hutley concedes forecasting in the current climate is like building a “house on shifting sands” given the uncertainty surrounding the outlook.

“That said, we do have to say that the (government’s) numbers are probably rosy,” she said.

The assumptions are based on international borders opening on January 1 and Victoria opening up again after the six-week lockdown of Melbourne and the Mitchell Shire.

Victorian Premier Daniel Andrews isn’t about to guarantee that restrictions will be lifted after six weeks, saying he doesn’t know want the daily infection rates will look like on a day-to-day basis, let alone next month.

Residents in metropolitan Melbourne are subject to stay-at-home orders and can only leave home for essential work, study, exercise or care responsibilities. It is also mandatory to wear masks in public.

People in Australia must stay at least 1.5 metres away from others. Check your state’s restrictions on gathering limits.

If you are experiencing cold or flu symptoms, stay home and arrange a test by calling your doctor or contact the Coronavirus Health Information Hotline on 1800 020 080.

News and information is available in 63 languages at sbs.com.au/coronavirus

Majority of patients have lied to their dentist

Sun Jul 26 , 2020
Jul 24 2020 According to recent results from a DentaVox survey, for the majority of patients, lying to their dentist is a common practice despite the substantial share of them (41%) who feel embarrassed about it. In most cases, patients are dishonest about neglecting oral hygiene habits or indulging in […] 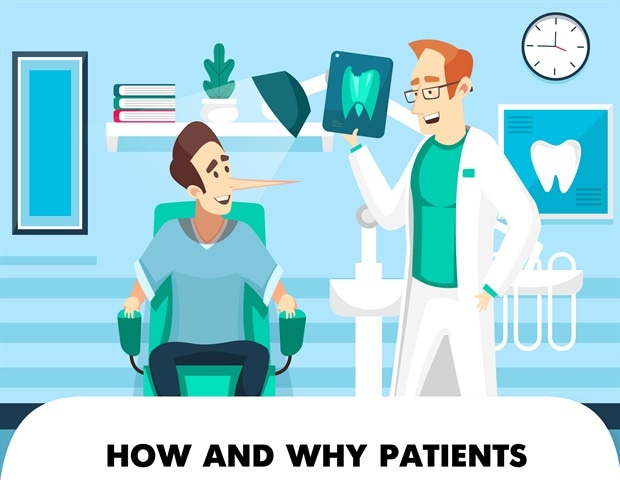