Nearly 3,500 public health experts sent an open letter to President Donald Trump amid a spate of attacks launched over the last two weeks at Dr. Anthony Fauci, the nation’s top infectious disease expert, calling those seeking to undercut him a “dangerous distraction.”

In the letter, which was organized by the Center for Science in the Public Interest, the group calls the coronavirus pandemic “one of the greatest challenges the United States has faced in its history.” But the signatories, which include two previous heads of the Food and Drug Administration, a former U.S. surgeon general and a former secretary of the Department of Health and Human Services, said they were troubled by efforts to smear Fauci, who they said has provided a clear voice to Americans during the health crisis.

“Since the beginning of the pandemic, he has remained one of the world’s most trusted scientists on COVID-19, daily explaining in lay terms the complexity of an illness we still don’t fully understand,” the letter says. “And he has done so by placing science front and center in the public discourse. Attempting to marginalize highly respected researchers such as Dr. Fauci is a dangerous distraction at a time when we most need voices like his.”

The letter comes amid an effort to discredit Fauci as he delivers bleak assessments of the pandemic. The doctor has regularly pushed back against Trump’s assertions that the virus would go away on its own and that the U.S. had things under control in an effort to reopen swaths of the economy.

Peter Navarro, a senior Trump administration official, wrote an op-ed last week attacking Fauci and attempting to smear his public health advice as often wrong without noting that it was based on the best available science at the time he gave it. Trump also called Fauci a “little bit of an alarmist” this week even as the nation’s COVID-19 death toll topped 140,000.

The attempts to smear one of the nation’s touchstones for guidance during the pandemic was not well-received, and Fauci himself called them “bizarre.”

“Ultimately, it hurts the president to do that,” Fauci told The Atlantic earlier this month. “I think if you talk to reasonable people in the White House, they realize that was a major mistake on their part, because it doesn’t do anything but reflect poorly on them. And I don’t think that that was their intention.”

This week’s letter also points to Fauci’s long history in public health, noting his work under six presidents to address outbreaks “from HIV to SARS, from Ebola to H1N1 influenza.”

“We call on our political leaders, members of the media and all Americans to reject the sidelining of science, to speak out against the silencing of scientists, and to champion open and public scientific discussions of the issues facing our country as we struggle to make progress against the SARS-CoV-2 pandemic,” the letter says. “For that, we need the clear voices of government experts, including Dr. Fauci, to be available to the American public without limitation.”

“That is the only path that can bring success in our efforts to control the virus,” the signatories conclude.

‘He Has No Idea What To Do’: Joe Biden, Hillary Clinton Hit Trump’s COVID-19 Response

Trump Admits Coronavirus Will ‘Get Worse,’ Won’t Admit Past Failings

Thu Jul 23 , 2020
AFP/Getty Employers are urging women to dress “sexier” and wear make-up during video calls in the wake of the coronavirus lockdown, a new study has found. The research, carried out by employment law specialist Slater and Gordon, found more than a third of women were asked to put more make-up […] 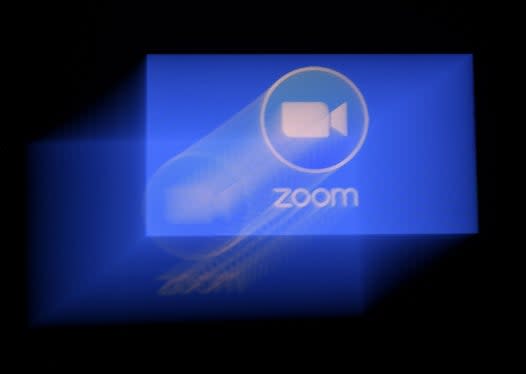