When my sister and I were young, we liked to come home from school and turn on “Guiding Light,” a soap opera on CBS. We only ever caught the last fifteen minutes of the hour-long show, but, because it wasn’t particularly subtle, this was plenty of time to follow even its most involved plotlines—such as when Reva Shayne, a nine-times-married character who had arcs as a talk-show host, a psychic, the princess of a fictional island, and a time traveller to the Civil War and Nazi Germany, had to fight Dolly, a devious clone that her most recent husband had made of her in order to spare her children from grief during the most recent of her presumed deaths.

“Guiding Light” began, in 1937, as a radio show to promote a soap called Duz. (“Duz does everything.”) When it went off the air, in 2009, it was the longest-running show in broadcast history. It was owned, until the end, not by CBS but by Procter & Gamble, which began as a soap company and has been credited with inventing modern advertising in America. In addition to promoting its brands with paintings on trolley cars and billboards, the company developed more than twenty radio and television dramas. The first, “Oxydol’s Own Ma Perkins,” premièred in 1933; the last, “As The World Turns,” left the airwaves in 2010, by which time the term “soap opera” had become freestanding. You could even watch them, as I did, without ever knowing they had anything to do with a soap company.

It was easy, until the COVID-19 outbreak, not to think very often or very deeply about soap. Early in the pandemic, this began to change. We learned which pop songs had choruses that we could sing to keep us scrubbing for a full twenty seconds; we learned that, at least during the pre-lockdown period, the lines outside men’s rooms grew suddenly longer—likely because (according to one study) only thirty-one per cent of men had previously been in the habit of washing their hands after using the bathroom. As distilleries and breweries pivoted to producing hand sanitizer, the Times ran a piece explaining why old-fashioned soap was actually better at destroying the coronavirus: the hydrophobic tails of soap molecules bond with the lipid membrane that protects the virus, literally ripping it apart, while their hydrophilic heads bond with the water that washes the dead virus away. Like many people, I developed a new appreciation for soap, imagining with grim satisfaction a scene of microscopic destruction each time I scrubbed my hands.

So this has been a strange time to be reading a book by a medical doctor which takes a critical view of the soap industry and begins with the sentence “Five years ago, I stopped showering.”

Let me clarify at once that James Hamblin, a staff writer at The Atlantic and the author of “Clean: The New Science of Skin” (Riverhead), is still an advocate of regular handwashing, indisputably a world-changing innovation in public health, and of especially crucial importance at this moment in history. (Hamblin also writes that he “would never wear a white coat two days in a row without cleaning it.”) But he’s doubtful about all the scrubbing and soaping—not to mention moisturizing and deodorizing and serum-and-acid application—to which we subject the rest of our body’s largest organ, and about the companies that spend a lot of money to convince us that we must do so to be clean.

Soap is an ancient invention, so old that we can only assume it was the lucky result of animal fat spilling into fire ash and some people being alert enough to notice the cleaning power of the resulting lather. Still, early versions, made with lye, could burn skin, and were used more often for laundry than for people. Bathing more commonly involved water, sand, pumice, scrapers, and oils or perfumes—though in certain places the whole notion was seen as dangerous. Some historical records suggest that washing was comparatively rare in the Western world: Marco Polo wrote of his surprise at how frequently people in India and China bathed, and Ahmad ibn Fadlan, who travelled from the court of Baghdad to the Volga River in the early tenth century, wrote that the people he met on his journey did not wash after eating, shitting, peeing, or having sex, and were “the filthiest of Allah’s creatures.” The French historian Jules Michelet described the European Middle Ages as “a thousand years without a bath.”

In America, soap made for skin became commonly sold only in the nineteenth century, largely as a way to make money from the leftovers of the meatpacking industry, which produced large quantities of unused animal fat. Entrepreneurs added potash and made soap, for which they then needed to create public demand. These early “soapers” included William Procter and James Gamble, who began working together after marrying a pair of sisters; another familial pair, whose company name eventually changed from Lever Brothers to Unilever; and a man named William Wrigley, Jr., who gave away chewing gum as a promotion for his soap, but found that the gum was in higher demand.

Last year, the beauty-and-personal-care market in the U.S. was valued at nearly a hundred billion dollars, which makes it hard to imagine a time when people had to be persuaded to use soap. But the soap industry, Hamblin argues, serves as an effective introduction to the history of American marketing. Early soap companies pioneered many techniques that we still see today: a single company owning lots of competing brands with nearly identical products, in order to foster feelings of consumer choice and loyalty; the use of “sponsored content,” such as the soap operas or Procter & Gamble’s “How to Bring Up a Baby,” which was part health pamphlet and part advertisement. The ad campaigns created a sense of lurking danger in the competition by claiming that their own products were safer and purer, or they promoted, as product virtues, obscure, jargony terms (“triple milled”) that consumers assumed to be important simply because they were touted on a package. The companies leaned, not at all subtly, on racism and classism to sell their products. They even used people who would now be called influencers, such as the film stars who appeared in “9 out of 10 screen stars use Lux Toilet Soap” ads. “Lever never even paid them,” Hamblin writes, “and the practice being so new, the stars apparently didn’t think to ask.”

The other innovation was to create, and then meet, needs that people didn’t know they had. Hamblin notes that “B.O.” began as a marketing term, and that many soaps advertised as “antimicrobial” and “antibacterial” were less safe than standard soap, leaving behind dangerous compounds. (Many products that we now think of as soaps are actually detergents, made from synthetic compounds.)

Meanwhile, soap companies, in order to expand their product lines, “had to sell the idea that soap was insufficient on its own—or that its effects had to be undone by yet more products,” Hamblin writes. You needed separate soaps for your hair, your body, your face, and even for different members of a family. (Albert Einstein, asked why he didn’t use shaving cream, then newly invented, is reported to have replied, “Two soaps? That is too complicated!”) To offset the drying effects of soap, you then needed other products—conditioners, moisturizers, toners. Hamblin identifies the 1957 introduction of Dove, whose cleaning power is reduced because it’s mixed with moisturizer, as the moment when the industry started moving toward selling a product that would do nothing at all.

Mon Aug 17 , 2020
Advertising agency Wieden+Kennedy asked the more than 450 employees at its Pearl District headquarters to start working from home on March 13 as the severity of the coronavirus pandemic came into focus. Five months later, those employees are still working remotely, and the company doesn’t expect to welcome most of […] 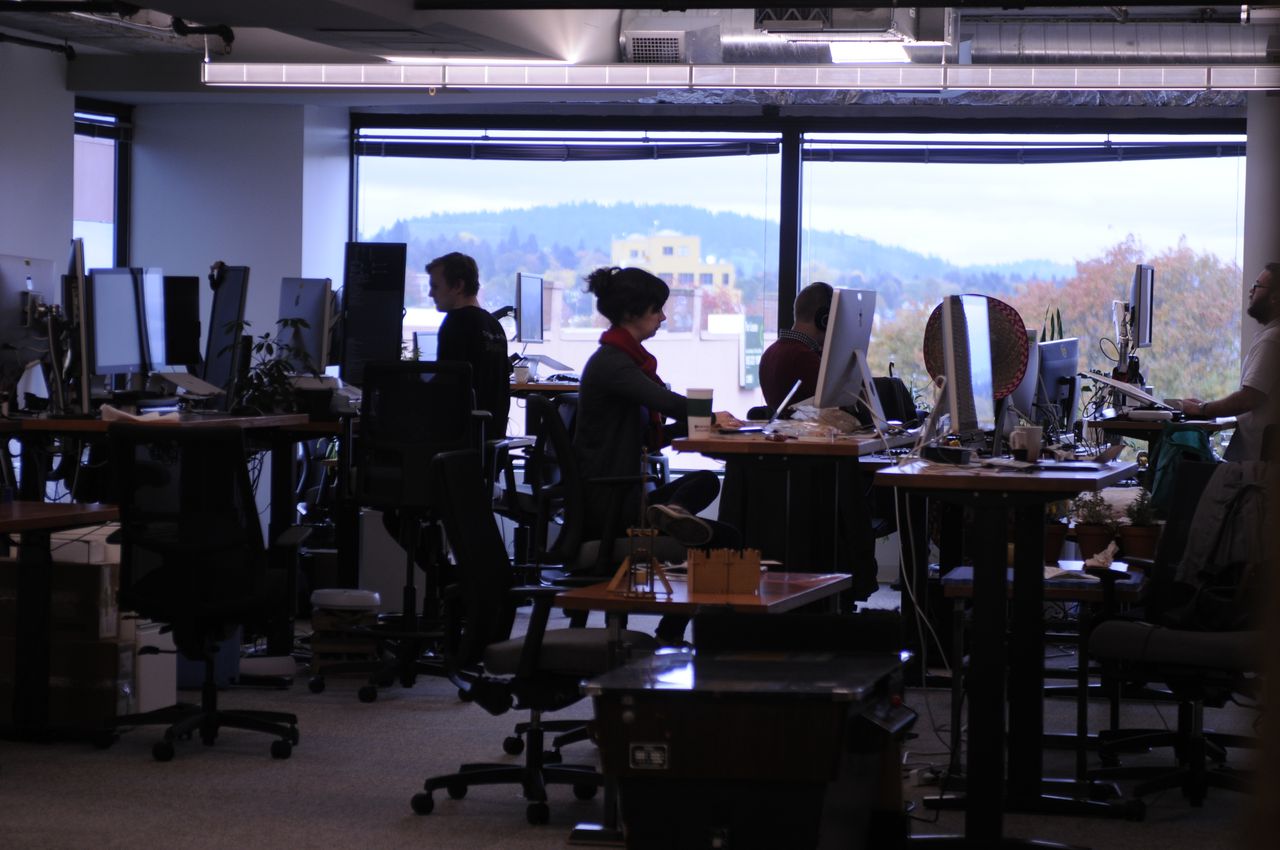