San Antonio City Council members could vote soon on a resolution declaring racism a public health crisis and calling for racial justice to be a fundamental part of all city policies and programs.

Dozens of U.S. cities and counties, including Austin and Dallas County, have passed nonbinding declarations deeming racism a public health crisis. The trend has been accelerated by protests over the killing of George Floyd, an unarmed African American, by a white police officer in Minneapolis in May.

The resolution is one way San Antonio council members and activists are trying to translate momentum from the demonstrations into action — or at least a set of priorities. 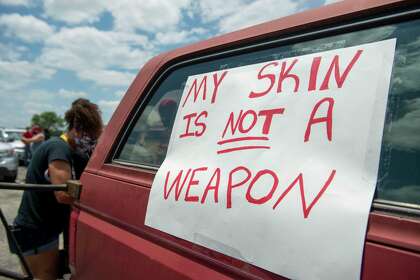 “As we strive to speak to the heart of equity and inclusion, taking this crucial step in declaring racism as a public health crisis is of extreme importance,” said District 2 Councilwoman Jada Andrews-Sullivan, the council’s only Black member. “This is a time and shift in how we educate, uplift and place value of life over the skin we’re in.”

The council’s community health and equity committee unanimously passed the resolution Friday. No date has been set for the full council to consider the measure.

Several studies point to racial discrimination as a factor in health problems that affect minorities, including anxiety, depression and high blood pressure, which in turn are implicated in heart disease, cancer and suicide. It’s a position backed by the American Medical Association and the American Public Health Association. 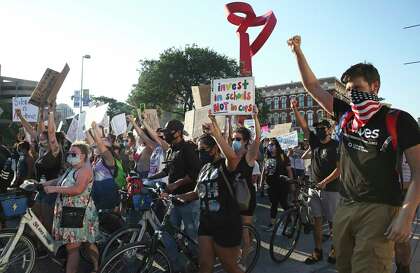 Wide gaps in income, education and access to health care persist between San Antonio’s Hispanic and Black communities and its white residents decades after the end of explicitly discriminatory policies such as residential redlining and legal segregation.

The council resolution would declare racism a public health crisis in San Antonio and call on City Council and city administrators to consider racial justice a key component in all policy considerations going forward.

Among other commitments outlined in the resolution, the city would strive to create “racially and economically mixed neighborhoods” through housing regulations and rental assistance programs. It would also try to mitigate displacement of minorities from housing and jobs.

The measure also calls for the city to promote “racially equitable economic and workforce development programs and policies.”

“The legacy of racism did not end with the 13th Amendment or the Voting Rights Act. It’s a legacy that’s been passed on through generations and continues to shape our residents’ lives and their health outcomes today,” said District 7 Councilwoman Ana Sandoval, who chairs the committee that approved the resolution. “If we cannot say racism is a public health crisis, then we cannot fix it.”

Activists have already gotten a taste of the uphill climb they face in converting the energy from the Floyd protests into political change. 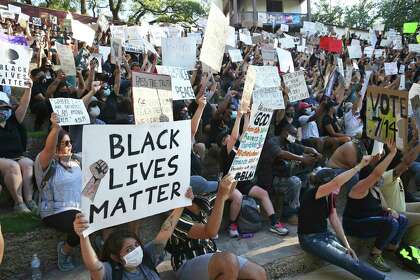 Last week, some reacted with outrage when City Manager Erik Walsh presented a 2020-21 municipal budget that calls for increased spending on the San Antonio Police Department. Protesters had pushed city leaders to reduce spending on police and redirect the money to housing, health care and other social services.

Walsh responded that the boost in police spending was tied primarily to increases in wages and health benefits negotiated by the city and the police officers’ union. He also committed to a months-long review of police functions and what residents want from police.

“Every resolution from the dawn of democracy is toothless unless you’re willing to act on it,” Nirenberg said Friday. “The Declaration of Independence was just words on a paper before we decided to act on it.

“It has to start somewhere.”

A visit from Planet Fitness' own Teddy Savage