HARRISBURG, PA — Pennsylvania health officials affirmed Thursday that the state remains committed to reopening schools for in-person learning this fall, stressing that the actions we take now will determine the safety of the environment when children and teachers return to the classrooms.

Pennsylvania Secretary of Health Rachel Levine, speaking during a Thursday news conference, said the state maintains its goal “right now” is that schools will be open for in-person learning this fall. She noted many districts are planning varying degrees of in-person instruction, including hybrid or matrix models.

“We are going to stay positive and optimistic that there will be in-person school when school opens in August and we’ll be working towards that,” Levine said.

But, she stressed, there are things we can do now to ensure that goal happens, like wearing masks and following the governor’s mitigation guidelines.

“That’s why the mitigation efforts we have talked about are so important. It’s critical to drive down the case counts now, in terms of the rise of new cases, in order to prepare for schools to reopen. If we don’t do that now, that would put that in jeopardy,” Levine said.

Levine also said the Pennsylvania Department of Health confirmed 962 additional positive cases of COVID-19 on Thursday, bringing the statewide total to 104,358. Since there was no data reported from Philadelphia on Wednesday, the number of new cases announced Thursday is a culmination of cases from the past two days, state health officials said.

Meanwhile, schools across the state are currently working to plan for the fall, creating state-mandated safety plans that will include the options available to students. Some have finalized those plans already, while others expect to approve them very soon.

In Montgomery County, the North Penn School District will offer a multi-option plan, giving families a choice of in-person, virtual, or hybrid instruction.

The Central Bucks School District in Bucks County is offering a five-day traditional instruction plan for elementary only students. Families can also choose between hybrid and online. The five-day in-person option will not be available for the secondary level.

In the Pittsburgh area, where cases continue to rise, the Seneca Valley School District has adopted a reopening plan that currently calls for a return to the traditional five-day school schedule while adhering to safety and social distancing guidelines.

The plans come amid a nationwide debate over whether schools should be allowed to reopen during the ongoing pandemic. The Pennsylvania Department of Health last week issued updated guidance, but some officials are warning about the risks.

“(School districts) cannot guarantee there will not be coronavirus in their schools this year,” Montgomery County Commissioner Val Arkoosh said during a news conference Wednesday. “It’s just not possible. You know how contagious this virus is.”

The American Academy of Pediatrics has weighed in on the matter, saying that the physical, emotional, and mental health of children is dependent upon returning to the classroom.

Pennsylvania State Education Association President Rich Askey, in a letter to Gov. Tom Wolf and Secretary of Education Pedro Rivera, last week said it is “extremely important for Pennsylvania’s public schools to plan for the distinct possibility that further increases in COVID-19 cases will make it impossible to safely reopen Pennsylvania’s schools for in-person instruction.”

Askey said all districts should have concrete plans for online learning in place in the event they need to be utilized at the start of the year.

So far, there have been 7,079 total deaths attributed to COVID-19 in Pennsylvania.

This article originally appeared on the Newtown Patch 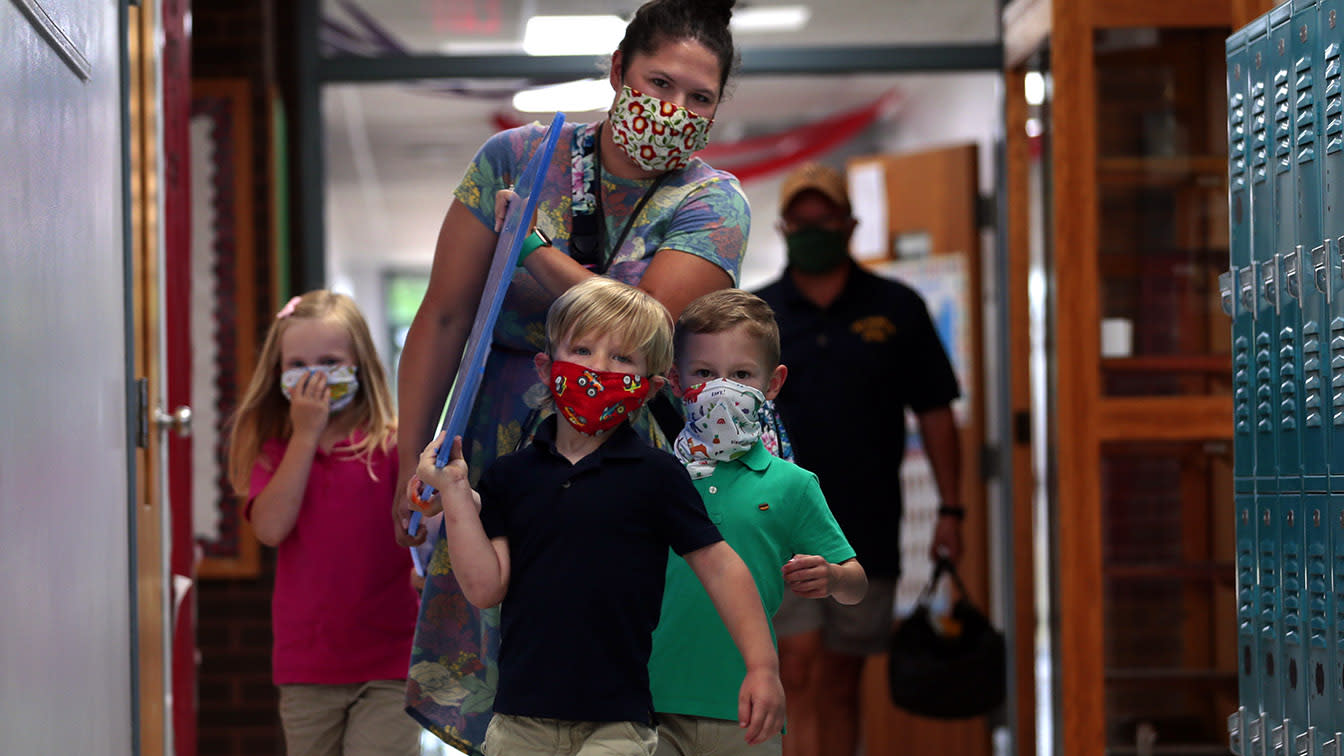