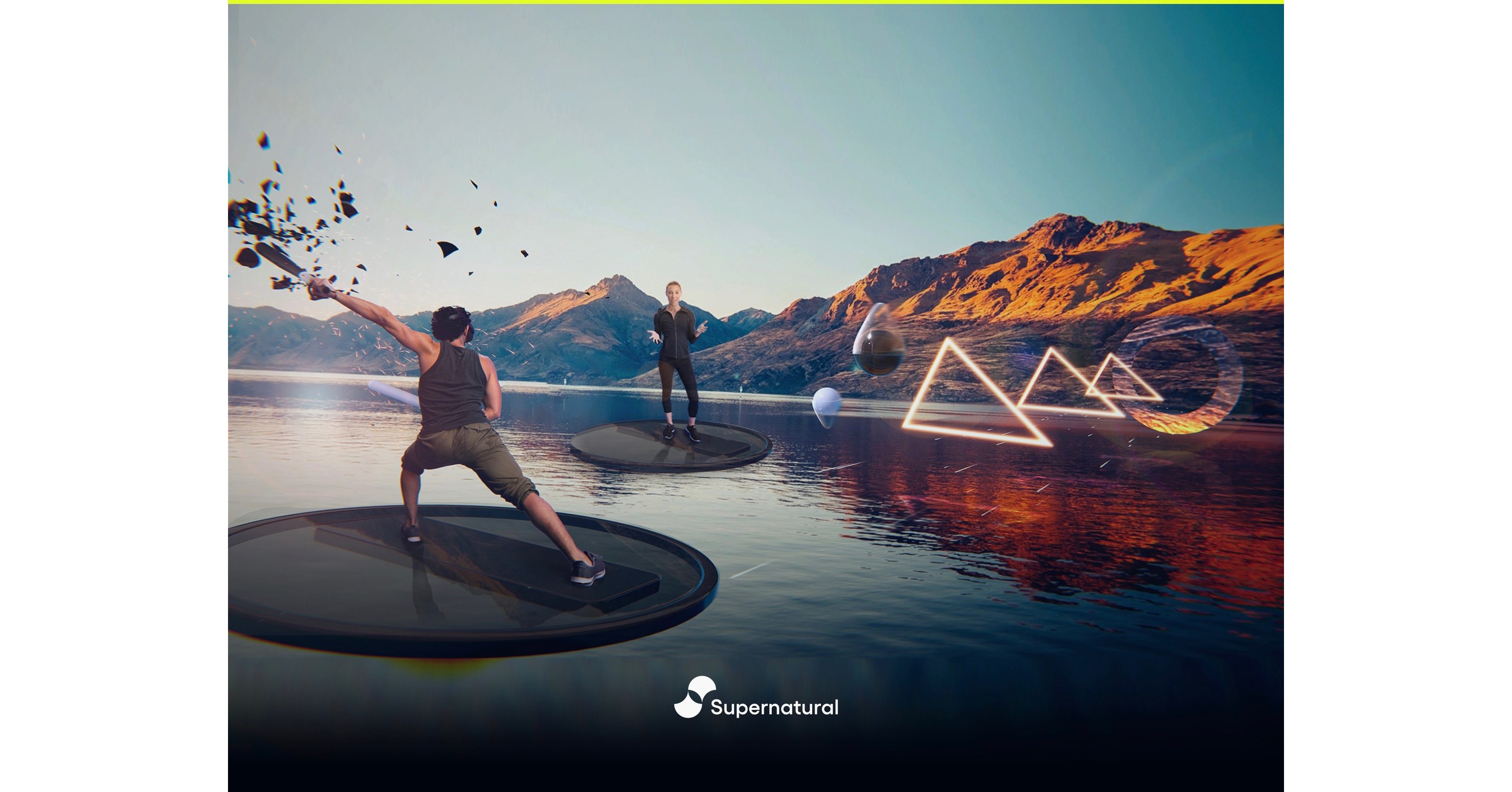 Designed specifically for Oculus Quest, and paired with your smartphone, Supernatural provides users with the intimacy and guidance of expertly coached, one-on-one daily workouts, detailed fitness tracking, an expansive catalog of popular music and—thanks to the fully immersive nature of VR— a chance to exercise in the world’s most beautiful locations without ever leaving home.

“What we know is that thousands of people are succeeding in their fitness goals for the very first time, by seamlessly incorporating Supernatural into their homes and discovering a routine they look forward to day after day,” says CEO and co-founder Chris Milk. “These experiences illustrate the value of a tool that taps into a person’s inner strength to release the joy that only physical movement can bring. If we can keep you smiling while you sweat, we believe we can also reshape your entire fitness perspective. The most exciting part is that this is 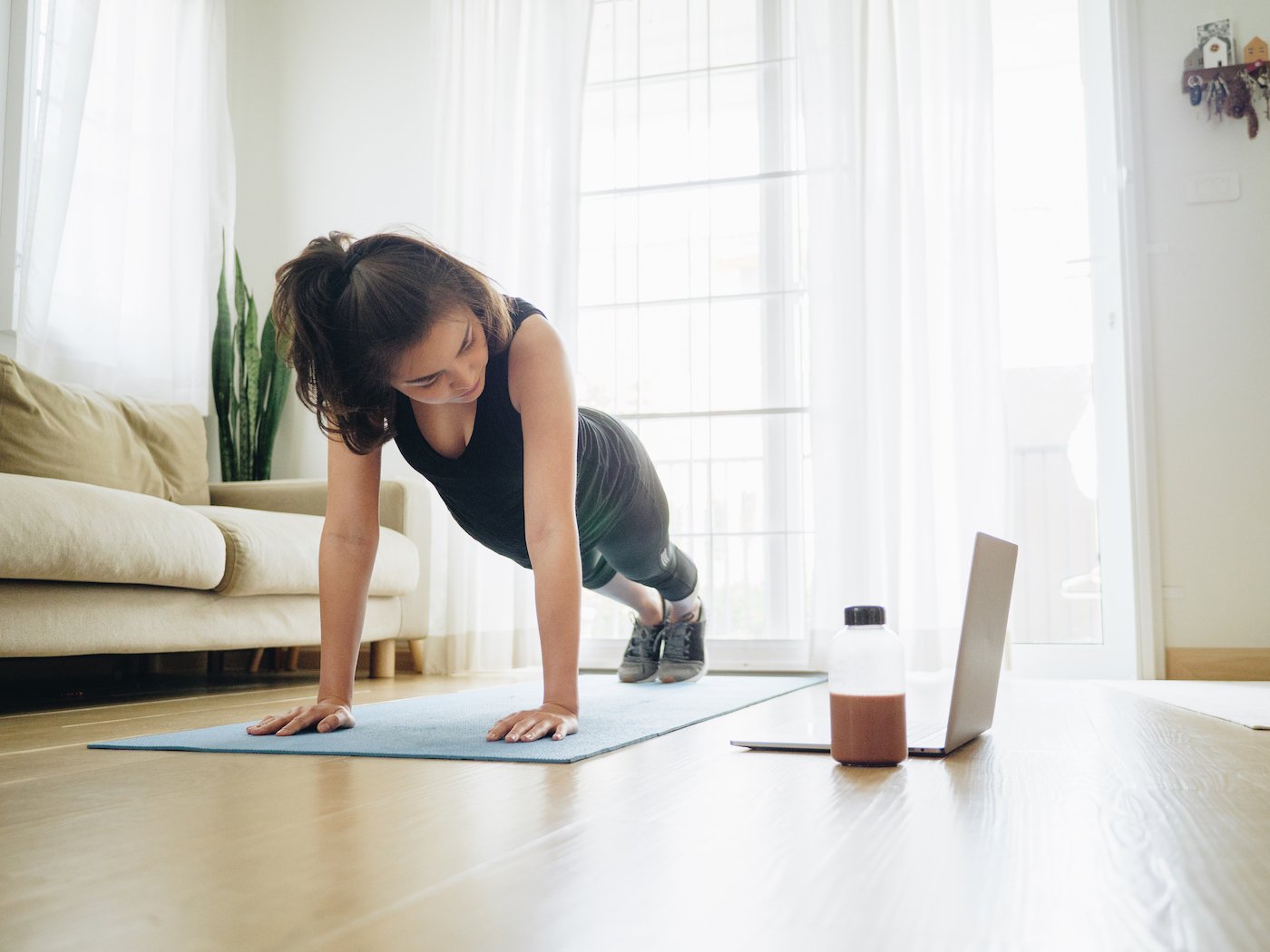 In the time BC—before COVID—digital and IRL workouts were like the David and Alexis Rose of the fitness world—constantly at odds with each other. Most people were either living room workout warriors or swore that they would never give up their gym memberships or studio passes. There were plenty of online-only offerings out there (Mirror, Obé, and Aaptiv, for example) but many major brands stayed true to their brick and mortar roots (Barry’s, for one). But as stay-at-home orders forced us all to embrace the practice of working out at home, it has paved the way for a future “omnichannel fitness”—in which brands have begun to offer fitness classes via both their online platforms and in brick and mortar locations—proving that it is possible for digital and IRL fitness to get along.

In the early days of quarantine, studios across the country rushed to bring their offerings online. Cult-favorites like

A 2017 survey of 500 Americans and 500 Europeans from Zava, an online doctor service, found that 66% of respondents have had a one-night stand at least once in their lives. But how comfortable will people be having more casual sexual encounters in light of the coronavirus pandemic and the new potential health risks involved?

First, it’s important to note that the virus is primarily transmitted through respiratory droplets emitted when an infected person sneezes, coughs, breathes or speaks. Because sex typically involves close physical contact — like kissing and heavy breathing, for example — you’re at risk for contracting or spreading the virus. While the virus has been found in the semen of some COVID-19 patients, there’s currently no evidence that it can be transmitted this way.

And while states have started opening up, social distancing guidelines are still in place — and likely will be until an effective

Technology isn’t just for video games and social media. It can also give you access to important services, like medical aid. With telehealth, you’re able to check in with healthcare professionals from the comfort of your own home, and that’s just the start.

Here’s why telehealth is deemed by many as the future of health care — and how you can make the most of all these digital services to stay healthy and safe.

Telehealth is the remote access of health care services with telecommunications technology, such as computers and mobile devices.

There are many services that fall under telehealth, but the one you’re most likely to use is called telemedicine.

The difference between telehealth and telemedicine

Telemedicine is what allows you to receive remote clinical services. For example, this would include a virtual appointment

These days, President Donald Trump’s insatiable cravings for a crowd means asking his fans and supporters to risk their health by packing together indoors despite deep concerns from health experts.

As Trump rallied largely unmasked supporters in Tulsa, Oklahoma, over the weekend,  Arizonans more than a thousand miles away watched warily,  knowing that days later it would be their turn to balance keeping the public safe with Trump’s eagerness to return to his cherished rally format.

“I think the bigger problem, more than just the spreading at this particular event, is the message that it sends to the community because you have the president and then the governor endorsing large-scale events like this with ambiguous mitigation measures in place,” said Will Humble, the executive director of the Arizona Public Health Association.

This has become the unofficial year of the pangolin – the shy and reclusive creatures have harnessed global attention after being identified as a possible link in the coronavirus pandemic.

The new focus may end up being a relative blessing for conservationists who for years have urged greater protection for the endangered species.

The Independent’s Stop The Wildlife Trade campaign was launched by its shareholder Evgeny Lebedev to call for an end to high-risk wildlife markets and for an international effort to regulate the illegal trade in wild animals to reduce the risk of future pandemics.

In 2017, the status of all eight species of pangolins was upgraded in the UN Convention on International Trade in Endangered Species of Wild Fauna

2020 has become the unofficial year of the pangolin.

The shy and reclusive creatures have harnessed global attention after being identified as a possible link in the spread of the coronavirus pandemic.

The new focus may end up being a relative blessing for conservationists who for years have urged greater protection for the endangered species.

The Independent’s Stop The Wildlife Trade campaign was launched by its proprietor Evgeny Lebedev to call for an end to high-risk wildlife markets and for an international effort to regulate the illegal trade in wild animals to reduce our risk of future pandemics.

In 2017, the status of all eight species of pangolins was upgraded in the UN Convention on International Trade in Endangered Species of Wild

Take one look at some of the maternal health data in this country and it’s hard to argue with the fact that the U.S. is not just in the midst of a pandemic, but also a maternal health crisis.

Here’s a grim glimpse: About 700 women die every year in the United States due to pregnancy or delivery complications (with 60,000 “near-miss” deaths every year), the number of reported pregnancy-related deaths has increased from 7.2 deaths for every 100,000 births in 1987 to 16.9 deaths for every 100,000 births in 2016 in this country, and wide racial disparities exist across the board with Black, American Indian, and Alaska Native women being two to three times more likely to die from pregnancy-related causes than white women.

“Before the pandemic, with all of the different touchpoints across the healthcare system and different clinics — from diagnosis and referral to treatment — we