The connection between stress and drug use is well established — and few would argue that living with the uncertainty, fear and loss brought by the COVID-19 pandemic has been stressful. As a result, it’s not a surprise that drug use and overdose, including overdose deaths, have spiked.

Based on data from emergency responders, hospitals and police, the Overdose Detection Mapping Application Program has tracked a sharp and steady rise in overdoses. In March, when the nation’s first shelter-in-place order was instituted, the overdose rate increased 18%. It was up 29% in April. In May – the most recent numbers available – there were 42% more overdoses. According to the American Medical Association’s Advocacy Resource Center, more than 35 states have reported increases in overdose deaths on opioids alone.

There are many reasons behind the escalating numbers. Besides increased stress, the pandemic has made it more difficult to access treatment and support services, and it’s interrupted the drug trade, which has led people with substance-use disorders to use alternate, and often more lethal, drugs and combinations of them. But according to Dr. Alex H. Kral, a researcher with Research Triangle Institute, “the main increase in deaths is attributable to sheltering in place — users are isolated and there’s no one to call 911 or administer Narcan to reverse an overdose.”

What is a ‘safe-injection site’

Even as number of deaths rise, there’s a secret location in the United States where people are encouraged to go if they’re going to shoot drugs. It’s not a crack house but a safe house devoted to saving their lives. The clandestine operation, a harm-reduction program known as a supervised safe-injection site, is a safe place for IV drug users to get high — they bring their own drugs and are given clean needles. Trained volunteers monitor them to be sure they don’t overdose. If one does, they administer naloxone. At least 11 countries have similar sanctioned safe consumption sites, but the U.S. has none — because they’re illegal.

Kral and Pete Davidson, at the University of California, San Diego, have studied the illegal site for five years and this week published their findings in The New England Journal of Medicine. There have been more than 10,000 injections at the site, whose location is a fiercely guarded secret, and dozens of overdoses — but zero deaths. The findings mirror the results of studies of legal safe-consumption sites in Europe, Canada and Australia.

A 2014 review of 75 studies of these sites showed that they lower crime, ease the strain on emergency rooms and health clinics, lower drug use rates, lower the rate of HIV infection (caused when users share needles), clean up neighborhoods (fewer used needles are strewn in playgrounds) and save millions of dollars. A 2016 Journal of Drug Issues study estimated that a single supervised injection site in San Francisco would save the city $3.5 million a year. And they’ve saved countless lives.

Efforts to open safe-injection sites in at least a dozen U.S. cities have been blocked by U.S. Justice Department lawsuits (or threats of lawsuits), opposition from city councils and citizens’ groups, or both.

In February, a heroin-injection site in Philadelphia was ready to open its doors when the U.S. District Court ruled against the Justice Department, which had filed a suit that claimed the site would violate the federal Controlled Substances Act. However, a day later, the city of Philadelphia rescinded its approval because of protests, which included a rally and online petition to Philly Mayor James Kenney signed by almost 10,000 people. “We the people of South Philadelphia do not desire or believe in the proposed Safe Injection site,” it read. “We believe that more drugs, (and) drug dealers will infiltrate our community.” (A comment from a signer: “They took the parade out of south Philly and moving the drug addicted in!!!! What a disgrace!!”)

Opponents of harm-reduction programs believe they abet drug use, as if people suffering substance-use disorders need abetting. They’ve created policy and a treatment system based on zero tolerance, and they hold that the only measure of successful addiction treatment is abstinence. They attack harm-reduction proponents who want to help people use safer drugs in safer ways until they’re ready to enter treatment, even if they’re never ready to enter treatment. Their thinking: Help people use? Make using safer? The whole point is to make it as dangerous as it is!

But harm reduction is based on the recognition that humans are going to use drugs until they stop seeking escape and relief from stress, pain and mental illness, which is never, and many who do will develop addictions. It’s also based on accepting the fact that the manufacturing, smuggling and selling of illicit drugs aren’t stopping anytime soon — indeed, the availability of drugs is undiminished in spite of a half century of America’s drug war.

First, if we want to help people, we must meet them where they are, which means acknowledging that we can’t rely on people to make rational decisions, for example, “It’s killing you, destroying your family! Stop!”, who have a brain disease that renders them unable to make rational decisions. The chasm between illness and wellness is unimaginable and insurmountable for many of those afflicted with substance-use disorders, but harm reduction is a bridge.

The other essential point — the reason harm-reduction in general and safe-injection sites in particular must be supported rather than shuttered: Dead people can’t get well.

David Sheff is the author, most recently, of “The Buddhist on Death Row: How One Man Found Light in the Darkest Place,” which will be released on August 4. He has founded the Beautiful Boy Fund, to support addiction treatment. Follow him on Twitter: @david_sheff

You can read diverse opinions from our Board of Contributors and other writers on the Opinion front page, on Twitter @usatodayopinion and in our daily Opinion newsletter. To respond to a column, submit a comment to [email protected]

Wed Jul 22 , 2020
Central Florida public school districts are giving parents choices on how their children learn this fall, and many schools are pushing programs that would keep students in their home district. The reason? Money. Public schools receive full funding for students who take classes on campus or through their own online […] 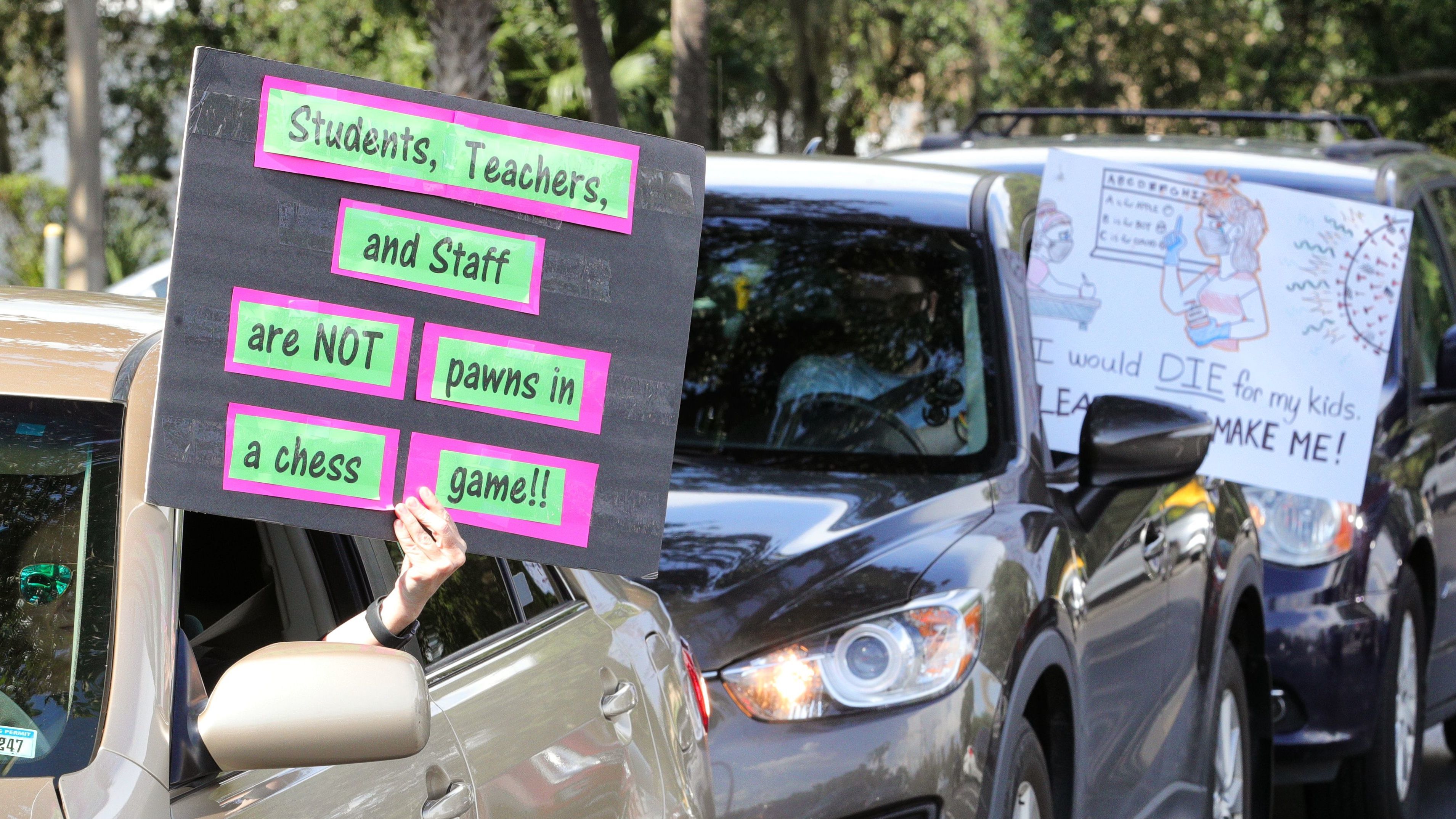