Kentucky, like most states, has opted into a new federal program offering a $300 supplement to weekly unemployment payments.

Kentucky leaders have decided to raise that amount to $400, bringing the amount closer to the now-expired $600 federal supplement that was a critical lifeline as COVID-19 left many without a paycheck.

As the state begins to issue the new $400 supplement, here are answers to some common question:

The $400 replaces the $600 weekly supplement Congress passed in March as part of the CARES Act.

As the $600 payments expired in late July, Democrats pushed to extend them through year’s end, while a Republican coronavirus relief bill proposed a $200 supplement.

The president issued his memorandum after Democratic leadership in the U.S. Senate and White House leaders failed to reach a deal on a new relief bill.

The president’s plan gives states two options for the new supplement payments: accept $300 in federal funds or accept the $300 and chip in $100 either out of their own budgets or CARES Act funding.

The $300 portion covered by the federal government is coming from the Federal Emergency Management Administration’s disaster relief fund.

Kentucky is using CARES Act funding to raise the funding level to $400.

When will Kentucky start paying people?

When he announced Kentucky would apply for the federal funds Aug. 19, Gov. Andy Beshear said payments should start in “early September.”

While Kentucky applied Aug. 20 and was approved a day later, Beshear said it would take the state about two weeks to reconfigure its technology to process the $400 payments.

Beshear announced Sept. 11 the state’s unemployment office began processing payments that day and those eligible to receive them should see individual $400 payments hit their accounts “in the next two to three days.”

The lost wages program will last until any one of four things happen:

Experts told USA TODAY that if all states signed up, funds would last for just over a month. As of early September, 45 states had opted into the program.

FEMA announced in mid-September that states can seek up to six weeks of supplements. As of Sept. 17, Kentucky has only applied and been approved for three weeks and Beshear said the state was “taking a look” at applying for additional weeks.

Those who were eligible for at least $100 in unemployment benefits during the weeks ending Aug. 1, 8 and 15 (the three weeks following the expiration of the $600 supplement).

This includes payments through the following programs, according to the U.S. Department of Labor:

Why is the program initially limited to three weeks of payments?

With a limited pool of money available, the federal government is only approving states for an initial three-week window of payments.

States will need to request additional money on a weekly basis, for up to six weeks of payments.

Related: Have you been denied unemployment benefits? Attorneys offer advice

Why must I receive $100 in unemployment benefits to be eligible?

When state government announced it had applied for the new federal funding, officials said about 80,000 Kentuckians would qualify for the $400. A Kentucky Labor Cabinet spokeswoman further said approximately 7,000 people currently receiving unemployment benefits wouldn’t qualify because they receive less than $100 a week.

Can’t the state contribute more so people hit the $100 mark?

No, the federal government is not allowing states to do this.

According to U.S. Department of Labor guidance: “The Presidential Memo explicitly provides that individuals must receive at least $100 from one of the listed unemployment benefit programs. Using other funds to pay an amount in addition to the unemployment benefit is not sufficient to qualify an individual to receive the $100 eligibility provision pursuant to the Presidential Memo.”

Will the $400 payments be distributed on a weekly basis?

Those set to receive payments will receive separate payments for each week they are eligible.

Payment for week one started processing Sept. 11, week two began Sept. 17 and the third week is set for processing on Sept. 18. These payments generally take two to three business days to reach a claimant’s account.

If my initial unemployment claim is still not processed, will I receive the $400?

If your claim is approved before the federal program ends, then you should receive the $400 payments.

If your claim isn’t approved until after the program ends, you would not receive the $400, according to the U.S. Department of Labor.

As The Courier Journal recently reported, there are still around 70,000 initial unemployment claims that are awaiting adjudication, meaning the state has yet to approve or deny benefits.

Those set to receive the $400 supplement will need to “self-certify” that they are unemployed or partially unemployed due to COVID-19.

How do I self-certify?

The state’s Office of Unemployment Insurance will contact those who still need to complete the self-certification.

Are the $400 payments taxable?

Yes, they are subject to federal income tax.

Fitness industry set for long road back into financial shape

Thu Oct 8 , 2020
Fitness industry set for long road back into financial shape MANILA, Philippines (UPDATE 6:43 p.m., Sept. 9) — Getting fit just got harder during a pandemic when everyone is stuck at home, but as fitness centers finally reopened this month, gyms are banking on the Filipino’s enduring desire to remain healthy […] 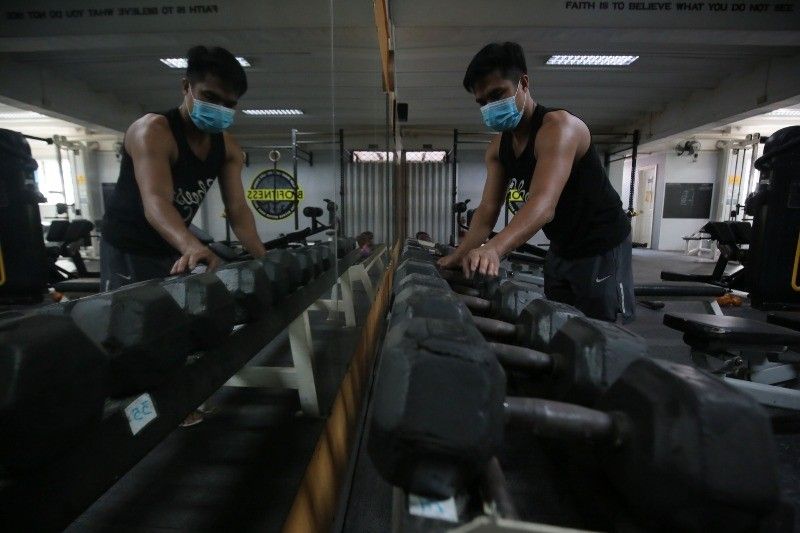